Marvel MCU just announced their fourth phase at Comic-Con and everyone can't stop talking about the new, and old, female cast who will star in the next upcoming marvel movies. Especially The Eternals which will feature Angelina Jolie and Salma Hayek.

These women have inspired us on screen and off screen, but also on the red carpet. We wanted to take the opportunity to feature some of their fierce and powerful red carpet looks to reflect our excitement for having them on the big screen soon, as Marvel's heroes.

Angelina will be playing Thena in the movie The Eternals which is to be released in November 2020. 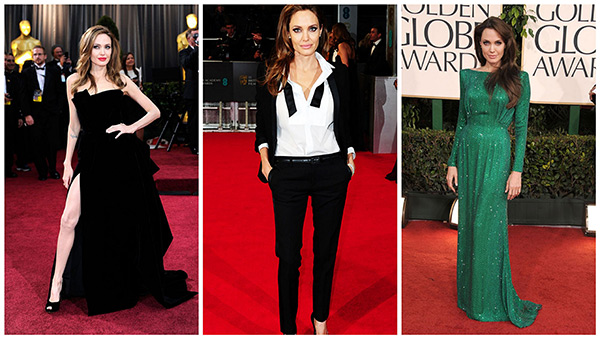 I think Angelina Jolie's red carpet looks speak for themselves. I will never get over that emerald green shoulder padded dress. These Angelina red carpet looks are the perfect combination to show you that shoulder pads, a stunning black gown with a beautiful slit and power suit are the epitome of strong, powerful and sexy looks.

Elizabeth Olsen will be resuming her role as Scarlet Witch for a show, this time. The series WandaVision will be aired in Spring 2021. 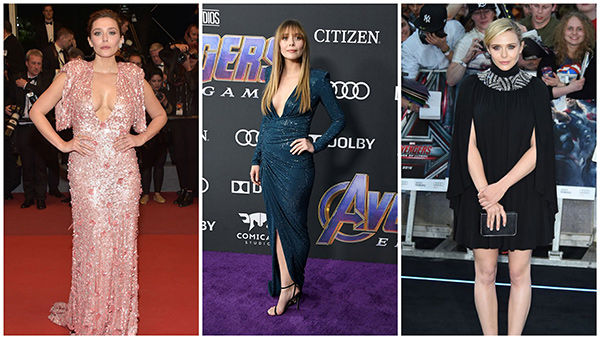 Elizabeth Olsen has a red carpet glow that outshines any dress she has on. But we gotta give it to these strong looks, that highlight her beautiful curves and give her a wonderful posture. That teal dress is a another shoulder padded red carpet look that proves how much the give off the 'I mean business' look. Capes are also a great way to add poise and power to your look. Also you can't go wrong with a sultry smokey eye.

Natalie Portman is returning to Thor but this time she will be acquiring Thor's powers! The movie Thor 4: Love and Thunder is to be released in November 2021. 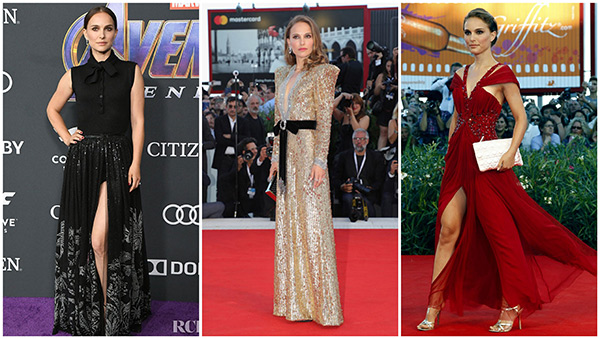 Yet another shoulder pad example, this time even more dramatic by Gucci of course. A beautiful chic updo is also an amazing way to add elegance to a strong and elegant look. Most importantly don't forget it's all about how you carry the dress or look. If you put on a red dress and you feel like  it was made for you, it will show and you will walk around owning that dress like nobody's business. Also Natalie Portman can rock a smokey eye and it adds a lot of fierceness to her looks.

Scarlett of course is the taking the lead in her May 2020 film Black Widow. 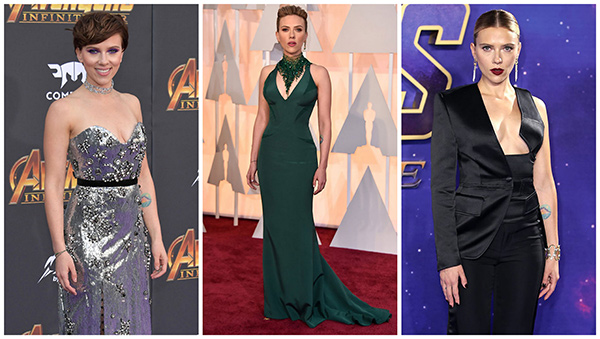 What says fierce more than an oxblood lip? Scarlett Johansson's red carpet looks exude sexiness and femininity. But also her pixie haircut and daring outfit picks made her a red carpet queen to watch out for. That green Oscars' dress has an incredible royal-esque neckline that is fit for an Avengers queen.

Salma is playing Ajak in The Eternals along side Angelina Jolie, Richard Madden and Kumail Nanjiani. 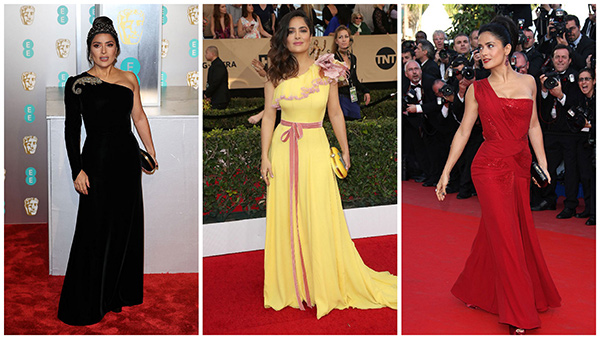 A one shoulder dress with a statement brooch....I mean! She looks like she knows how good she looks. Salma also seems to know that a one shoulder dress is the way to go for her because she wears it quite often and it does look great. So consider finding a fit that makes your feel fierce and make it your signature, make your mark on that dress!

Lara Scandar: "I Think I Really Went Outside of My Comfort Zone" →

Get Beyoncé's Lion King Look: 7 Blazer and Skirt Combos You Can Shop →