Yesterday, Ahmed Zaher appeared for the first time with his entire family, wife and four daughters, on air for the show ‘Sahibet Al- Saada’ with Esaad Younes. This appearance was the focus of a lot of talk online from the very first moments of the episode airing. A lot of people talked about how talented they are, how cute the family is and how surprised they were to see the whole family. But what was really striking for me was Ahmed Zaher's relationship with his daughters. Yes, I think that this period we have seen a really empowering and positive example of parenting from Ahmed towards his daughters.

So today we decided to shed light on some situations that might seem simple to many people, but we think show a really good example.

A child’s self-confidence has a lot to do with parenting and the support they receive from their mother and father. On the show yesterday Ahmed Zaher and his wife Hoda, expressed their love for their daughter’s acting, how great they think she is and how her performance moved them. Especially after she played an important role in ‘El Fatwa’ series, which aired last Ramadan.

Ahmed Zaher standing up for his daughters against harassment

A couple of months ago, the words "Ahmed Zaher protects his daughters from harassment" were making headlines in newspapers and online websites. Especially after he received backlash and criticism for appearing in a picture with his daughter in a swimming pool. Laila got exposed to a lot of harassment, negative and offensive comments. Afterwards, Ahmed Zaher appeared on ET, defending his daughter and announcing that he will take legal action against those responsible. He also declared his full support for his daughters, standing up for them against harassment.

This was such an important thing to see from a public figure to help show fathers how to defend their daughters and stand up against harassment, and to help girls find the confidence to speak up and not bear that pain alone.

Ahmed Zaher constantly expressing his love for his daughters

Parents sometimes forget to express and show their love for their children with words, thinking that it’s okay because their children already know how much they love them. But what they might not know is that children sometimes really need to hear these words of love from them. Ahmed Zaher loves posting pictures with his 2 elder daughters from time to time, with beautiful supportive captions expressing his love for them.

I think that what caught everyone's attention every time he appeared with one of his daughters is the way they interact. From what you can see their dynamic seems to be very fun and friendly, which is really refreshing to see.

9 Tips to Help You Deal With a Stubborn Child

His daughters and their acting careers 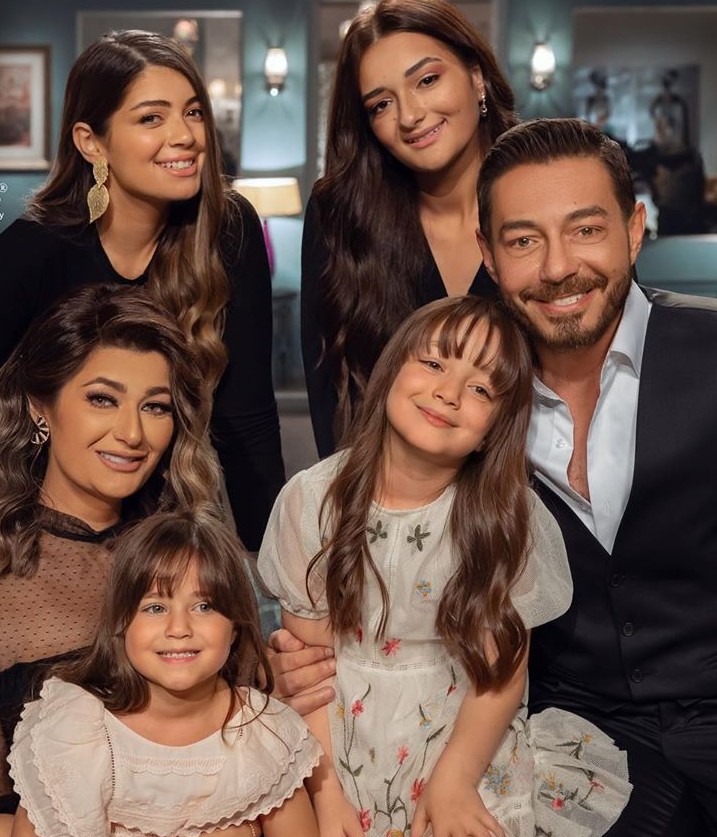 It can be difficult for parents to always be fair and treat their kids equally, even with the simplest things. From what you can see it seems like he’s always keen on being fair with both his eldest daughters. Years ago, Malak and Laila worked in the industry before he announced that they would stop for a while so the audience can differentiate and not always see them as little kids. And with the return of Laila to acting this last Ramadan, many thought the youngest wouldn’t be back to acting like her. But it was later announced that Malak will be interested in participating alongside her father in the series ‘Lo2lo2’ to be shown next Ramadan.

13 of the Best Female Empowerment Movies With Strong Inspiring Women →

Which Hekayat Banat Character Are You From Season 5? →