The national airline of the UAE, Etihad Airways, kicked off its 15-year anniversary celebrations at the magnificent Louvre Abu Dhabi through a special collaboration with legendary fashion designer Diane von Furstenberg. The American-Belgian designer offered a unique collection of scarves and neckties in significant colors where purple represented royalty and orange was inspired by the beautiful hues of the desert sand at sunset. The same meaningful colors were projected onto the white walls of the museum, surrounding the event. 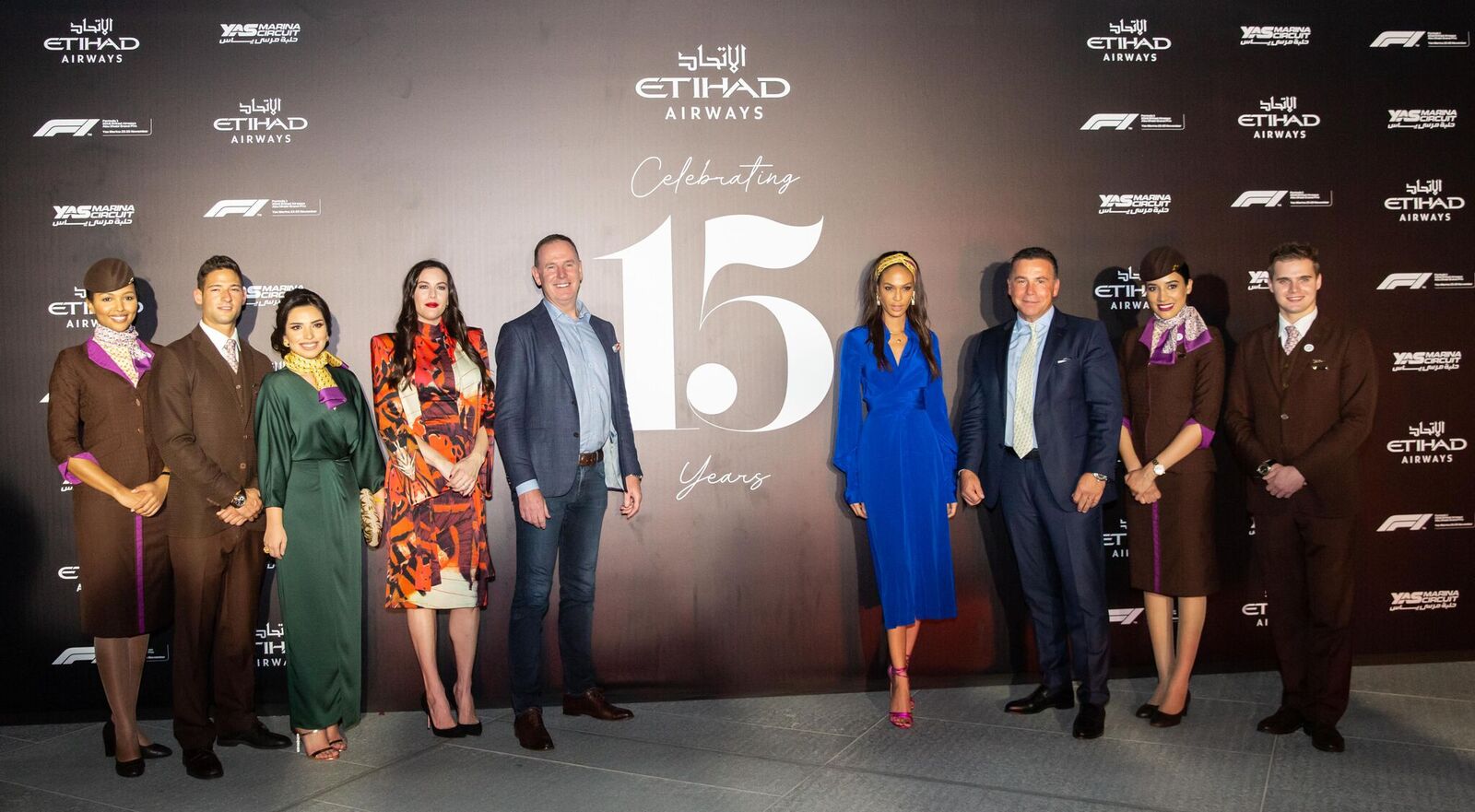 The cabin crew's chic new accessories design was mainly inspired by the Yas Marina Circuit racetrack and will be actually worn by the crew for the month of November in celebration of the 10-year partnership between Etihad Airways and Formula 1 Abu Dhabi Grand Prix. The celebration ceremony is considered the first ever fashion event that takes place under the dome of Louvre Abu Dhabi, and it was co-hosted by Joan Smalls and Hollywood A-lister Liv Tyler. Not to mention that the breathtaking event was also attended by UAE’s top VIPs and global fashion authorities.

Ten years ago, Liv's father Steven Tyler’s band performed the closing concert at the very first Formula One event that took place in the Yas Marina Circuit. Which is why she's considered to have had a strong tie to Formula One.

“Formula One is such an elegant event and I was thrilled to collaborate with Etihad Airways on this exciting project." said Diane Von Furstenberg, the designer, stating that the geometric pattern was inspired by the Grand Prix Racetrack, and that she hopes the cabin crew feels very proud to wear the scarves and ties. She believes that the design strongly reflects everything Etihad is about – elegance and style.

The entrance of the museum was decorated with traditional lanterns and complimented with an Oud player that led to an enchanting contemporary Arabesque-inspired setting. This combination merged between modern opulence and sophisticated elegance. What also set the perfect mood for the evening were the Royal Moroccan carpets and the spectacular hallway which was adorned with purple roses, tiny gold planes and rustic gold tables. 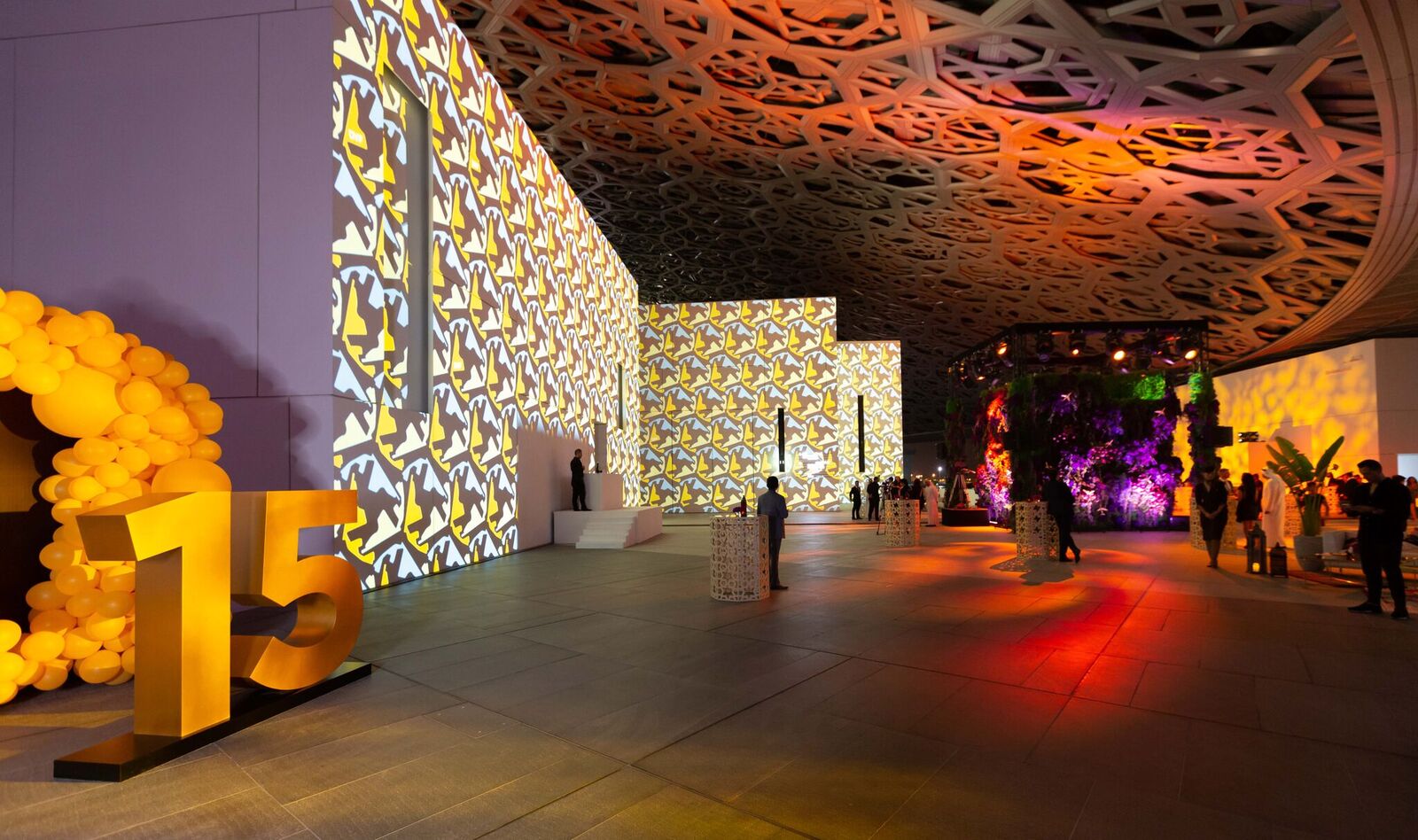 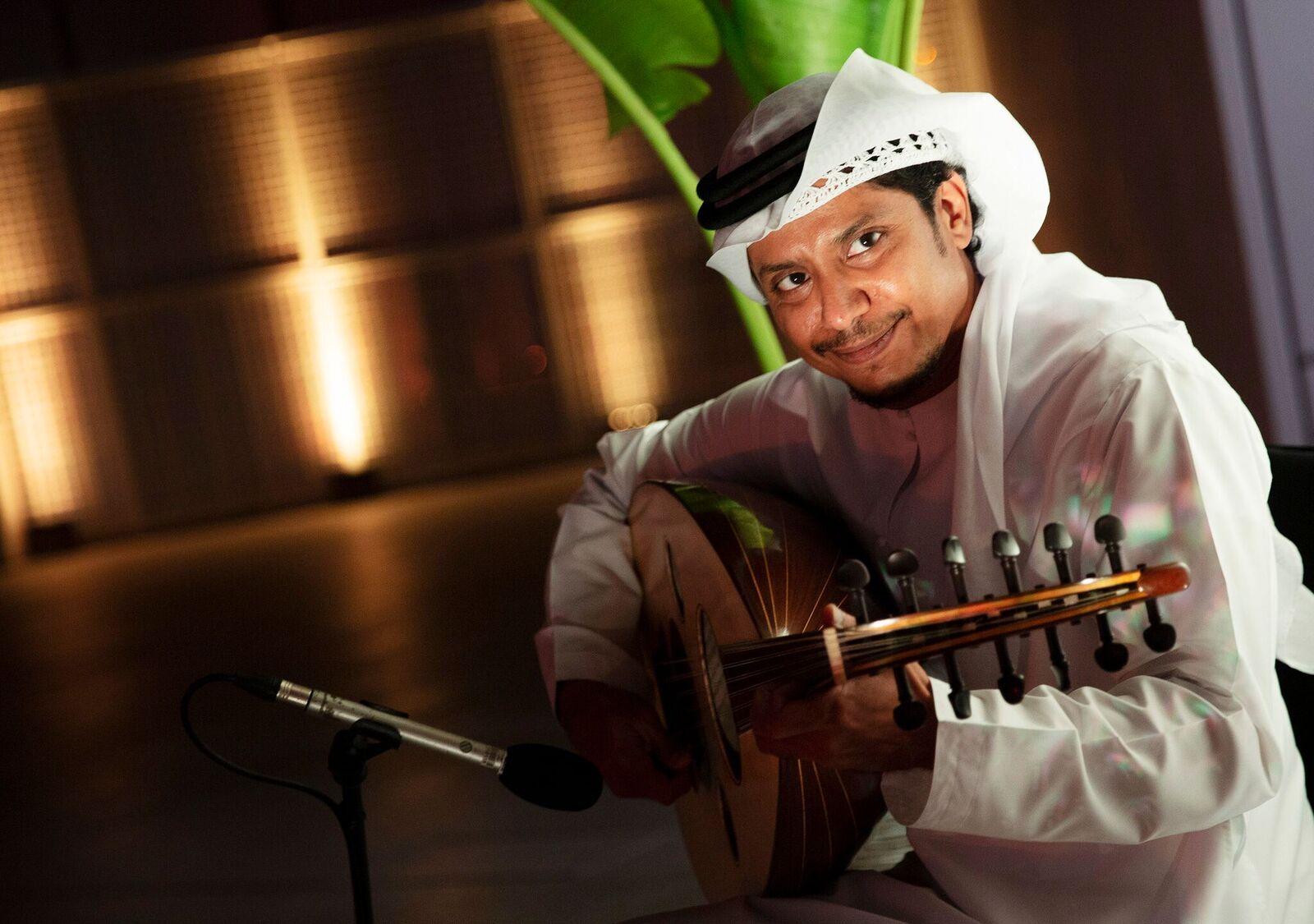 Tony Douglas, Etihad Airways Chief Executive Officer, added that everyone behind the airways is tremendously proud of Etihad’s achievements in just fifteen years. This is because in such a short time, all the teams have succeeded in emerging the brand as one of the world’s most respected and recognized airlines. Etihad airways became known for leading the way through innovation, and upholding the best aspects of Arabian hospitality.

What Type of Traveler Are You? →

The First Egyptian Woman to Fly an Airplane Was Actually Born a 110 Years Ago! →