The Victoria's Secret 2018 Fashion Show is here. It is one of the world's biggest and most anticipated fashion shows, showcasing lingerie like nothing else. This year the annual show went back to its roots in New York  on November 8th after being in London, Paris and Shanghai and will be shown in 190 countries on the ABD channel.

Participating this year was over 60 of the world's top models, among them the charming Taylor Hill who opened the show. The lineup also included Gigi Hadid, Bella Hadid, Kendal Jenner, Irina Shayk and the german beauty Toni Garrn who returned to the runway after a 5 years. Behati Prinsloo is also returned after 3 years away from the show. We were very excited to  see the gorgeous Jasmine Tookes and angel Sara Sampaio. The stunning Winnie Harlow also posted on Instagram in September an emotional video and caption expressing her excitement to be walking the Victoria's Secret Fashion Show 2018.

Winnie came out with 3 different stunning looks that everyone couldn't take their eyes off. Victoria's Secret Angel Adriana Lima couldn't hold back her tears as she walked the Victoria's Secret runway for the last time. After the show she shared a video on her Instagram compiling her most iconic moments of her journey on the catwalk that started in 1999 and lasted for 19 years. 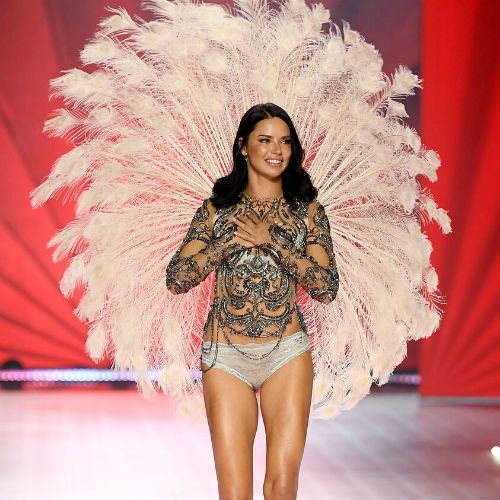 Behind the models and their magnificent wings were incredible musical performances by Rita Ora, Halsey, Shawn Mendes, The Chainsmokers and Bebe Rexha.

The brand collaborated with the fashion designer Mary Katrantzou on a collection named 'Queen Of Prints" The collection is unique with its combination of Victoria's Secret traditional, sexy style and Mary's feminine designs.
The models wore lingerie pieces embellished with Swarovski Crystals. Swarovski were also responsible for the million dollar 'Fantasy Bra' made of 100 % carbon. Elsa Hosk wore the bra along with a chain made of 2100 diamond studs. The cups were made of Australian silver, along with 71 carats of diamonds. The bra took  around 930 hours to be completed. 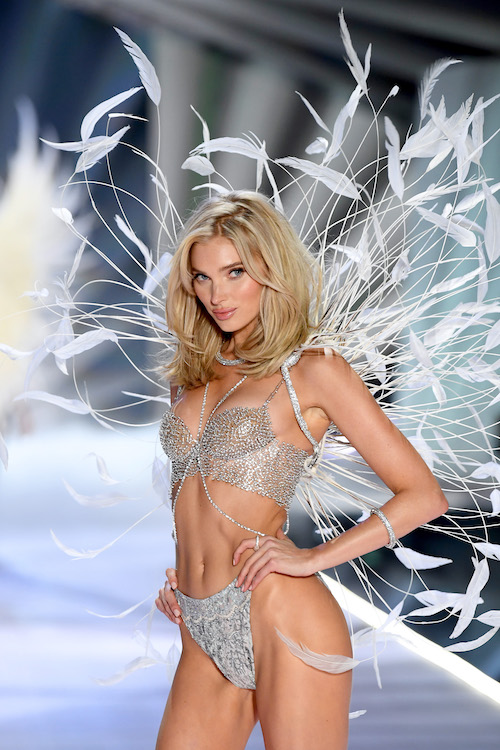 Brian Atwood designed the heels for the show. For 18 years in a row Jewelry designer Mouawad aced the collections of jewelry worn by the models. This year the pieces were worth 15 million dollars.

Victoria's Secret Models Candice and Behati Are Showing Off their Pregnancy Style! →

Hair Tutorial: Get a Wavy Hairstyle Like Victoria's Secret Models →

The Ultimate Workout Routine to Get a Victoria's Secret Model Butt →