If you haven’t already seen the runway show or even heard of Savage X Fenty, here’s a quick recap:

Savage X Fenty is Rihanna’s lingerie line, which she started earlier this year in May. The new venture came after Bad Gal Riri conquered the beauty industry in September 2017 with what was named one of 2017’s best inventions, Fenty Beauty.

Other than its excellent quality and luxurious yet minimal product design, one of Fenty Beauty’s biggest reason for success is inclusive representation! The singer turned businesswoman managed to change the way the beauty industry works in one day, and received international acclaim for it, when she launched 40-shade foundations that all women could use, especially those of color whose darker skin had been rarely considered by makeup brands before. 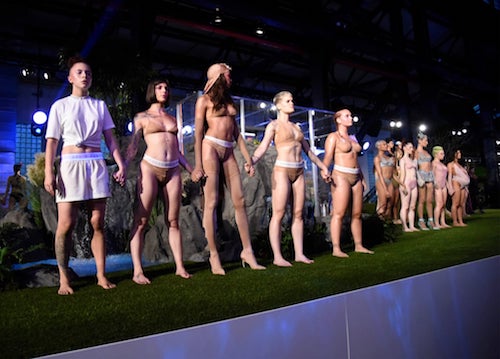 Fast forward to the birth of Savage X Fenty where Riri follows the same message of inclusivity and representation of all women.

"I want women to own their beauty." - Rihanna

The NYFW runway show was groundbreaking to say the least: It included pregnant women, short women, tall women, plus-sized women, skinny women, black women, white women, Asian women, and more(seriously, there’s more: like sister models Bella and Gigi Hadid, whose inclusion we like to see as a nod towards celebrating all women, even the ones that are already socially accepted for their beauty and represented in the media. No women vs. women here). While rocking ruffles, animal print and even nipple tassels, the proud women posed, catwalked, danced, and held hands in unity. And I got emotional. 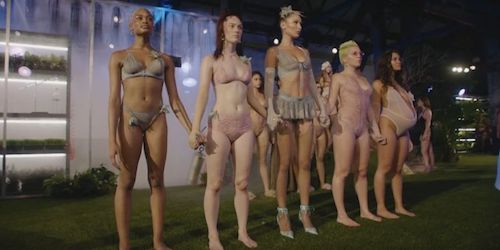 Rihanna's Makeup Looks Are So Beautiful, You'll Want to Try Them All! →

Menna Awad Menna Awad is a dog-loving, coffee-chugging, female-empowering creative from Cairo, Egypt. Being equal parts boujie and banji, she has a taste for both the simple and the luxurious things in life, which could be why you'll see her rocking Sephora makeup and knockoff Chuck Taylors at the same time. When Menna isn't making jokes or yelling at her laptop, she can be found making digital art or looking for new music to enjoy in Cairo's underground scene.