Every parent's dream is to hear their child's first words and be able to call on them in times of need. Some children, however, are late talkers; there may be a reason for this, or it may run in the family; whatever the reason, we will discuss it all, but first let me tell you something: don't compare your child to another; if your child is unable to do something, it does not mean they are incapable; it simply means they are better at something else. Let's go over everything you need to know if your child is a late talker.

30 Creative Activities to Do With Your Kids

What exactly is a late talker?

Late talkers struggle with spoken language. A "Late Talker" is a toddler aged 18 to 30 months who understands language well, which means they understand what you're saying and are typically developing play skills, motor skills, and thinking skills, but has a limited spoken vocabulary for their age. In other words, they may struggle to express themselves.

What Age Is Late Talker?

A Late Talker May Have One or Both of the Following Characteristics:

What we say and how we say it, are referred to as "speech." Children with speech delays may struggle to understand words, and you may find them having difficulty understanding what you are saying.

"Language" refers to how we communicate with others. Children who are delayed in their language development may be able to say a few words, but have a limited vocabulary or are unable to combine more than two words; for example, they may say "water" but are unable to say "more water." 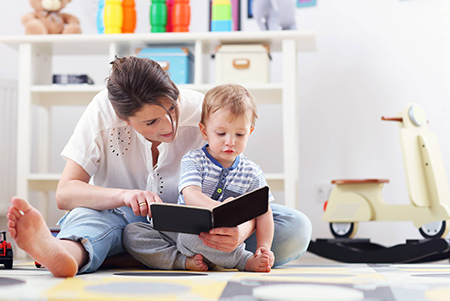 If Your Child Has a Language Delay, There Are a Few Signs To Look For:

1. Unable to communicate by the age of 15 months.

2. Incapable of communicating by the age of 2 years.

3. Inability to speak in short sentences before the age of 3 years.

5. A lack of communication or word pronunciation.

6. Difficulty forming a sentence together.

7. Leaving out words from a sentence.

What Factors Contribute to a Toddler’s Delayed Speech Development? 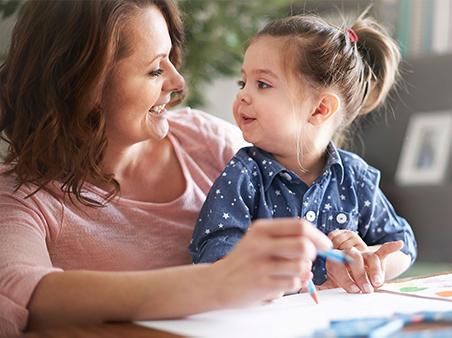 1. Children who are born underweight or premature babies may develop into late talkers as toddlers.

2. If you have twins, they will most likely be late talkers.

3. If late talking runs in your family, your child will most likely follow in your footsteps.

4. Toddlers who excel in other areas may take longer to master language because their attention is diverted elsewhere.

5. If your child has an ear infection, this may cause them to have a speech delay, or if they have hearing difficulties, such as when you call them and they don't answer or look at you, it's best to see a doctor.

7. Not talking with them frequently will not help them develop their speech; instead, it is best to talk with your toddler frequently in order to help them.

8. If they are in the babbling stage and you begin to silence them, this has an effect on their confidence in speaking.

9. Leaving them on their tablets/iPads for an extended period of time will have an effect on their speech. It is best to limit their screen time or allow them to only listen to music and not watch.

10. If your child is a boy, he may start speaking later than a girl.

How to Talk to Your Kids About Sexual Harassment

How Can You Help a Late Talker Develop Their Speech? 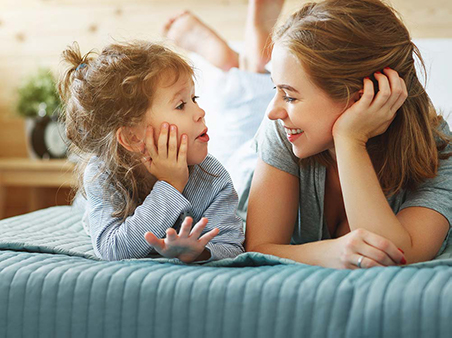 1. Talk to your child, tell them about your day, and remember that they will be listening even if they do not respond.

2. Label things around the house for example, "look it's a green wall" and read books to them; if they are exposed to the language frequently enough, they will eventually learn it.

3. Try to expand their vocabulary. For example, if you're playing with their ball and they say "ball" or "babble ball," you can help them build their speech by saying "blue ball" or "bouncy ball."

5. According to new research, late talkers can benefit greatly from sign language, so you can teach them a few simple things to help them communicate with you, such as water, food, sleep, happiness, and sadness.

6. Enroll them in daycare to expose them to other children; children help each other a lot in the development of their skills; they will get to play and learn at the same time, and dealing with toddlers their own age is also beneficial.

7. Similar to the game "Simon Says," there is a concept known as "Imitation skills." You begin playing with them, and they begin to mimic what you are doing, which is beneficial to their motor skills and the development of their speech. Begin with actions such as jumping or clapping, then progress to imitating sounds such as "what does the pig sound like?" "oink oink," and finally words.

When Should You See a Doctor?

Remember, you are their parents, so if something doesn't feel right, trust your instincts and see if you get the answers you seek, especially if you notice any of the following:

1. If your child is 18 months/1.5 years old and unable to point to objects when asked, for example, "where is your toy?"

2. If your child does not learn new words or speaks more than six words.

3. If your child is 2 years old, they do not know how to say two-word phrases such as "more water" or "more apples." Or is unable to follow simple commands such as "get your water bottle" or "give mommy a hug."

5. If they used to be able to say words or sounds, but suddenly lost their ability to do so and stopped saying anything.

7. They don't point at things, and if they like something, such as a toy, they don't pick it up; instead, they stand next to it.

8. When you're talking to them, they can't make eye contact with you. Or they don't play with other kids and prefer to play alone the majority of the time.

9. If they are having difficulty feeding themselves or chewing, they will only eat liquids.

Fustany Talks: Is Neglect Really the Worst Form of Abuse?

Final Words From an Ex-preschool Teacher

I worked with children for 4 years, and let me tell you that each child is unique in their own way, with unique skills and learning styles. Comparing your child to another will only make you doubt your child's ability, even if they are excellent at something else. So, do yourself and your adorable child a favor and stop comparing them to their friends or even siblings. If you suspect something is wrong with your child, trust your instincts and begin looking for answers, because it is always best to help your child at an early stage.

Our Living section is a woman's best friend.. See for yourself and get a little bit of everything!

9 Things You Should Never Ever Say To Your Kids →

9 Tips to Help You Deal With a Stubborn Child →

Pear Body Type: Which Accessories Are Best for You and How Do You Choose Them →

50 Adorable Ways to Tell Your Man You Miss Him →