12 Kissing Techniques and Tips That Guys Love and You Need to Try Out!

First of all, you're going to have to excuse the title. We're not saying that only guys will like these kissing techniques, your pleasure is our priority as well. And we're pretty positive these kissing techniques will be equally loved by both of you. But since a lot of you are looking for kissing techniques that guys love, we thought we'd give you a few tips on how to kiss a guy well so that you can blow your man's mind or surprise him the next time things get a little heated.

10 Rules to Have a Happy Sexual Relationship

1. Ask Him What He Loves

There is no rule book. Every guy is different and what one person likes, the other might hate and vice versa. We all have our little soft spots and we need to communicate them with our partners so they know how to turn us on. So, there's absolutely nothing wrong with asking him this: what do you like? Do you like that? Should I try that? Did that work? And so on...In addition, don't forget to tell him what you like and don't like!

The Not-So-Obvious Erogenous Zones of the Male Body

However, the spontaneous factor is really important. So, you can try things out first and see how he responds or ask him later how it was. Some guys might not know what they like or end up liking something they haven't tried before. That's why it is important to experiment with your man.

Yes, intimacy and connection are very important. If he looks at you and can tell from your eyes that you're enjoying yourself, it will be a huge turn-on for him. Our eyes are very expressive, so use them and don't shy away. Every now and then open your eyes and give him this sexy look that drives him crazy.

Don't be alarmed; we're not telling you to cause him any harm or potential stitches. You could ask him beforehand if he likes that or if he'd like to try it. Then, while being very careful and gentle, slowly and only for a few seconds gently tug at his lower lip, with the softest pressure. You can even suck it softly while you're at it. It can be extremely hot and could be a pleasant surprise that catches him off guard, in a good way.

Guys love having hands behind their necks. Remember to use your hands and let them roam free, wherever the passion takes you. Run your fingers through his hair, on his back, maybe even tug at his shirt pulling him closer to you...(if he's still wearing a shirt at this point!)

Which Sex Position Is Perfect for You as a Couple?

Try to guide his hands to where you want them to be. He will really love that. Show him that you know what you like and that you're taking control of his hands. Women in control can be super sexy and hot for men. 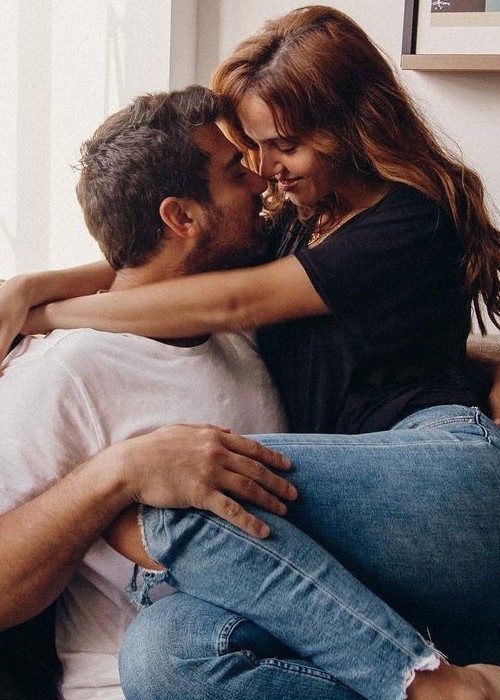 Don't forget about the neck. Every now and then move on from the lips to his neck, kissing it, breathing against it, and, maybe, giving him a hickey or two. Play around with your tongue and make sure you lick his neck and ears softly too. Additionally, remember to be vocal; moan and express your enjoyment, whether you're kissing the neck or lips.

Kissing underneath the jaw could be a huge turn-on for a lot of guys. While you're on your journey to the neck area, give his jawline some love too. Unexpected areas like these can surprisingly turn your man on, so it's worth trying out.

As for some tongue action, a lot of people recommend you start slowly and ease into it, by having some subtle slips of the tongue here and there. These are actually some guy recommendations given to Bustle:

"Don't go straight for the tongue. Part your lips slightly and grab onto his upper or lower lip with your lips. Eventually, you can get your tongue involved, but start here."

"When it gets a bit more hot and heavy, move your tongue slowly in a circular motion before going back to the lips. "

9. Change the pace: Go from soft and slow to intense and "I must have you now!"

Guys love the build-up of anticipation just like we do, varying between teasing and going at it really intensely. Start things off soft slow and romantic and then build up to hot, heavy, and intense. Then, go back to soft again then intense, and so on...Keep changing up the pace so you both keep getting excited over and over again.

Teasing can be such a turn on for both of you. Get a little playful and naughty. When he leans in for a kiss, pull away from him not letting him have it. He'll keep trying and you'll keep teasing until you finally get to kiss and it will be really intense and sexy.

Pull away, smile and be flirty. When you pull away, you'll have him give you that look of desire, so trust us you might even enjoy this more than he does. You can also try brushing your lips softly against each other and feeling each other's breath to build up the intensity before you get into a deep kiss.

Ears are a big deal for some guys. The earlobe is a soft spot, so you can really turn him on while you're in that area. Go from the neck to the ear seamlessly and kiss it passionately. You may also want to breathe and moan right next to it. Licking or biting it softly can make your man go crazy.

Apparently, the collarbone and the little dimples or dips there is a bonus for some guys. So, that's another interesting addition that you can try out. 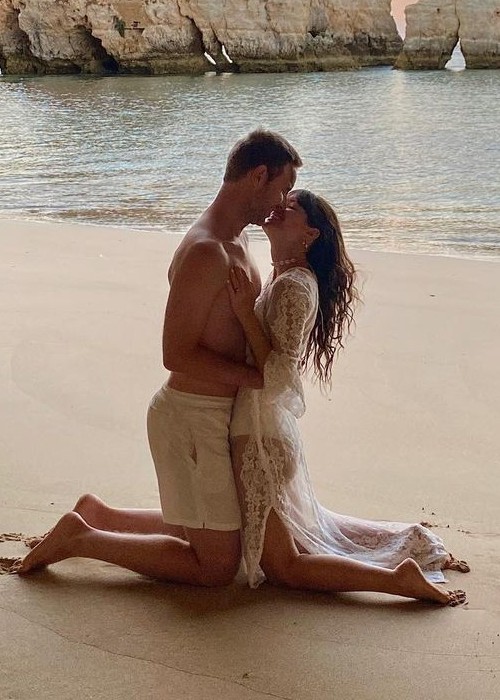 L.O.V.E, a four letter word with so much more behind it! Explore it all in our Love & Relationships section here.

How to Style Your Puff Sleeve Dresses for Summer →

Shemsi Is Changing the Underwear Game With Their New Period Underwear →

How to Develop a Healthy Morning Routine That Actually Works? →

There are 9 Kinds of Vaginas and You Should Love Yours →