Fustany's Wrap-Up: The Best International Concerts of 2019 in Arab Cities

Another week closer to 2020, and it's time for another round-up of major events that happened throughout the year 2019. This time, it's about international concerts in Arab cities! The year 2019 saw many large scale concerts in the Middle East headlined by world class names in the global entertainment industry. So, let's take a look at the most talked about international artists who headlined concerts in the Middle East in 2019.

The Kingdom of Saudi Arabia brought in many global and international acts for 2019 starting off with the legendary diva Mariah Carey. She performed on the 31st of January at the King Abdullah Economic City as part of the celebrations for their 1st Saudi International Tournament for Golf. The audience was captivated by her voice and the custom changes made throughout the concert. 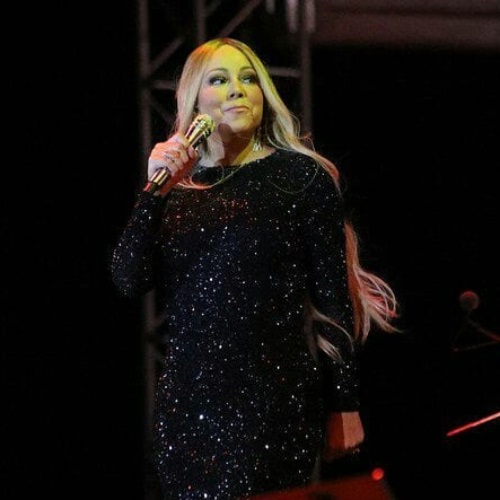 After a long drought, a new large scale concert was held in front of the Giza pyramids in Egypt -the last one was in 2015- and it was headlined by non-other than the amazing rock band Red Hot Chili Peppers. The concert was a huge success as part of the efforts from the government to revive the entertainment scene in Egypt. The show was live streamed on multiple platforms where thousands of fans tuned in. 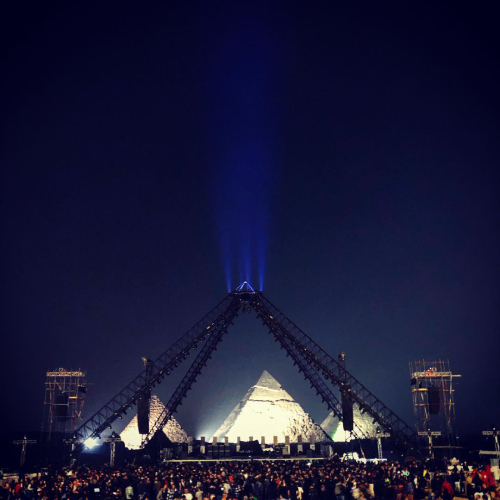 At Dubai's 2019 World Cup for horseracing, Gwen Stefani took to the stage to perform an amazing concert. She performed many recent and old songs from her solo releases and even some fan favorites from her previous band No Doubt. It was an amazing night full of loud cheers, dancing and energy.

Another legendary concert this year was Jeddah World Fest concert, a 7 hour event stacked with many big names in the international music scene. This season, Janet Jackson, 50 Cent, Liam Payne and Steve Aoki were just a few of the many stars that performed in this one night of music excellence. We can't wait to check out next season's edition and what Saudi Arabia has in store for 2020.

The first time Yanni performed in Egypt, was in front of the great Pyramids of Giza, and this year he performed in the North Coast with the view of the Red Sea surrounding him and all the attendees. It was a magical experience and you can see it yourself from the video below.

Summer 2019 in Egypt's North Coast saw another mega star headlining a huge concert. This time, it was none other than the amazing JLo who performed her first ever concert in Egypt to a crowd or over 10,000 people. It was met with mixed reactions but nevertheless it was a beautiful exciting night for everyone in attendance.

One of the most buzzed about news in the Middle East was the announcement of BTS performing in Saudi Arabia as part of their Love Yourself: Speak Yourself Tour. Not only was this their first ever solo concert in the Middle East, it was also the first time any international act performs in a stadium in the Saudi Kingdom. The mega group attracted more than 60,000 attendees from all nationalities and many positive reviews on the media and across many social platforms.

This isn't the first time for the amazing rapper to perform in the UAE, but it certainly was one of his best. The concert In du Arena was widely talked about before and after. With many of the attendees saying how Eminem and the crowd were both pumping with energy.

This was a one of a kind concert, because there was no audience present at all. After Coldplay dropped their latest album 'Everyday Life', they live streamed 2 concerts on their YouTube channel from Amman, Jordan on the same day, one at sunrise and another at sunset garnering millions of views. The two concerts were a reflection of the two CDs of the double album. You can watch both videos here:

The F1 Grand Prix race is one of the highly anticipated events this year, and this concert was the first of the after race concerts. The famous DJ filled the night with the best of EDM music and filled the crowd with excitement and dance. 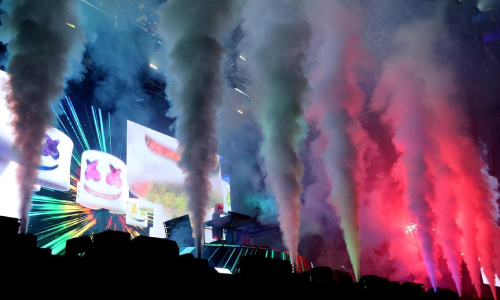 With all these amazing stars and huge concerts happening all over the Middle East through 2019, we can't wait to see even more incredible events happening in the Arab world in 2020. Who would you like to see in concert next year?

In the Last Decade: Major Milestones and Iconic Achievements by Women →