Michael Kors Expands to Buying Versace... Where Does Donatella Stand?

"I have always admired Michael Kors as a visionary as well as a strong and passionate leader. We believe that being part of this group is essential to Versace's long-term success." These were the words said by Donatella Versace that brought us back from the edge of our seats at the Fustany office after finding out about Michael Kors buying the Versace fashion house for $2.1 billion. 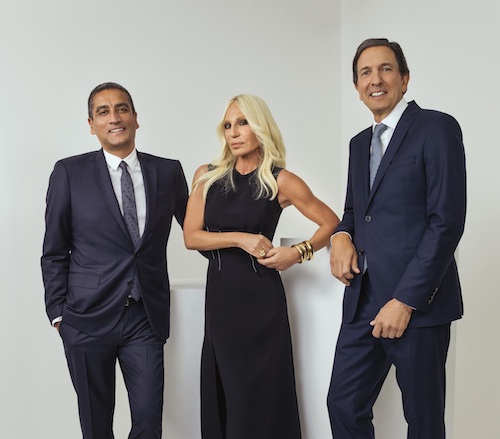 After hearing rumors yesterday, the fashion world got anxious to see if this is the way Donatella would be announcing her stepping down as chief designer. Thankfully, the statement showed that the Versace family would still be very much involved in the creative process of carrying on her brother and founder Gianni Versace's creative vision.

Donatella has run the brand since Gianni was murdered in 1997. The brand's loyal followers have long appreciated her legacy and her continuation of the art he had begun. There is no doubt that the Michael Kors brand is of utmost significance in the fashion world but seeing the Versace family by its side is important for its history, founded in 1978.

This is not the only big move by Michael Kors Holdings, but they also announced that they would be changing the company name to Capri Holdings Limited. These two moves are the face of the brand's plan to start hitting the high-end European luxury market.

The new agreement promises to expand the revenue of their accessories and footwear line from 35 percent to 60. It also aims to grow Versace to $2 billion in total global revenue.

London Fashion Week Summer 2019: Trends for Every Lady Including Hijabi's →