Divorced women in Egypt face numerous challenges, many of which we are unaware of until we see someone close to us in the situation or are placed in it. Women face a variety of emotional and physical challenges, ranging from losing their partners, with whom they thought they would live happily ever after, but life had other plans, to losing their rights and being manipulated. The most surprising aspect is that our law does not support divorced women. That is precisely what the new Ramadan series "Faten Amal Harby" by Nelly Karim reveals. It's such an eye-opening series that we decided to shed light on 10 issues that divorced women face. From lost rights to manipulation... Nelly Karim uncovers life post-divorce for Egyptian women.

*If you're still thinking about watching it, be aware that there will be some spoilers.*

10 Things a Woman Could Expect When Getting Divorced

If you're wondering what divorced Egyptian women face and why we want the law to adjust to their needs and give them more rights.

Let me give you a small idea of what they face: 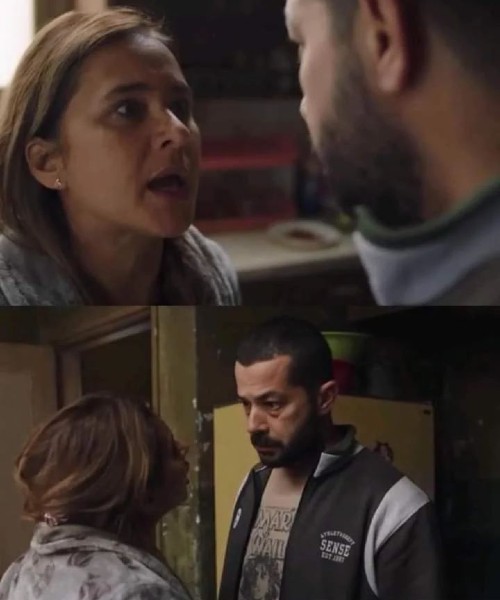 After a divorce, a woman cannot claim her right to share in anything she contributed to buying for her husband. For example, in the series Amal Faten Harbi, although she was responsible for buying a car for her husband and paying the installments throughout the duration of their marriage, she was unable to obtain it after the divorce, and as a result, she does not have any papers to prove her ownership of this car. This applies to everything the woman contributes to with her husband, but it is taken away after the divorce because there are no ownership property papers!

The first thing men do after a divorce is stop paying for their children's expenses. Despite the fact that the law requires him to pay for their expenses, this is usually not the case. It is difficult to prove the man's income, particularly if he works as a freelancer or for a private company.

Most of the time, the papers show a very small amount of income, and the children are given an amount that is insufficient for one week's expenses. Not only that, but the husband then goes back to court and demands that the children's child support payments be reduced because he is unable to pay them. As a result, the woman bears the burden of spending on the children, as if they are only accountable to her.

In the first episode of the series, "Amal Faten Harbi," she was surprised to learn that her husband had submitted a request to the school to transfer the children to another school, which was due to the law that says educational guardianship is in the hands of the father as long as he financially provides for them.

If a woman wants to keep her children at the same educational level, she must file for educational guardianship, which means she must pay for their education. 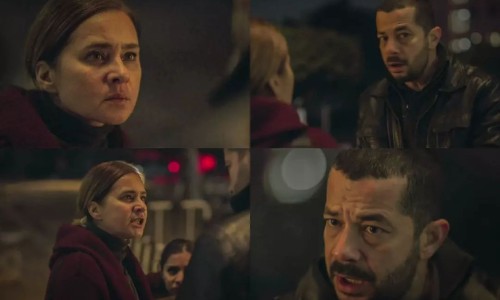 Some men manipulate women in the hopes that they will return to them and reconsider their desire for a divorce. Manipulation can happen through children, as we mentioned above, or in other ways, as happened with "Faten" when he filed a report against her, accusing her of theft and leaving her to spend hours inside the police station with her two daughters until he finally came to abdicate. To tell her that she couldn't do anything without him!

Simply put, a man can seize household items from the marital home while the woman is away and surprise her when she returns. In this case, she has no choice but to go to court, which takes a long time to resolve. In most cases, she will not be redressed if she does not have papers containing these movables, "the marriage list."

6. Taking Over the Marital Home

One of the most difficult scenes for me is when "Faten" returns home with her two daughters and is surprised by the presence of other people in her house. She is forced to sleep on the street with her two daughters! Although the apartment is the right of the custodian of the children's guardianship, the court takes a long time to make a decision in these cases.

In one scene, "Faten" went to a lawyer for advice, and he told her that in divorce cases, one of the two parties must sue the other, implying that he would begin filing a series of lawsuits against him to prevent him from going about his daily life, as many men do with women. Following a divorce, there will be numerous lawsuits filed against the woman, draining her both financially and morally.

Of course, this is a simplified example; the series may mention many other things in future episodes, such as:

8. In Some Cases, the Children Are Kidnapped

Unfortunately, the woman remains fearful at all times after the divorce because she knows her husband can easily kidnap her children and she will never see them again. How many cases and stories have we heard about this? Following the divorce, the father requests to see his children but then decides not to return them to their mother by traveling with them or changing their location, leaving the mother in the dark about their whereabouts.

9. False Accusation of “Neglect” of Children

If one of the children is injured, the father can easily accuse his ex-wife, the "mother," of neglect and failing to provide the necessary care for his children during her custody period. Despite the fact that everyone is subjected to it on a daily basis, the mother is always accused.

10. If She Wants To Marry Again, She Will Have To Give Up Her Children

When a woman divorces, she believes her life has come to an end because her life is only for her children and she does not have the right to remarry because her ex-husband can take custody of her children. On the other hand, a man who finds life open to him after the divorce, even if his children are with him, remarries without fear of losing custody of his children, as the mother does.

50 Important Questions to Ask Yourself Before Ending a Relationship

Despite the ugliness of the things I mentioned above, they only represent 1% of what divorced Egyptian women face. In the hope that one day we will make a difference, all we can do is always speak up and say no to what we are exposed to. If we want to divorce as women, it does not imply that we have committed a sin and must be held accountable for it. Divorce is a right for us, as is a safe life for ourselves and our children.

Our Living section is a woman's best friend.. See for yourself and get a little bit of everything!

Ramadan 2022 TV Series: 20 of the Most Anticipated Shows This Year →

New Life After Divorce: How to Find Work If You've Never Worked Before →

New Life After Divorce: How Do You Tell Your Children You’re Remarrying? →

Hourglass Body Type: Which Accessories Are Best for You and How Do You Choose Them →

Jasmine Kamal I am a daughter, a sister, a girlfriend, and maybe a future wife and mother... I don't know. But what I do know is that I'm a "woman" who writes because she believes in the power of the word to change the world. I tell stories and share experiences because I think they matter. My only weapon is the word, and I use it to make the world a better place.