11 Interesting Facts You Must Know About the Nadine Labaki

We all haven't been able to stop talking about Nadine Labaki, the immense joy and pride we all feel to have a brilliant Arab female director show the world a powerful story like Capernaum, is unmatchable. Many of us haven't even seen the movie yet, but are aching to experience what the rest of the world has been talking about, a masterpiece. The Lebanese director is now the first Arab women to be nominated for an Oscar and to honor we wanted to share with you 11 facts about the incredible director, Nadine Labaki.

2. She is fluent in 4 languages; Arabic, English, French and Italian.

3. She has two children with her husband Khaled Mouzanar, who is a producer, composer and songwriter. He composed the score for two of her films. 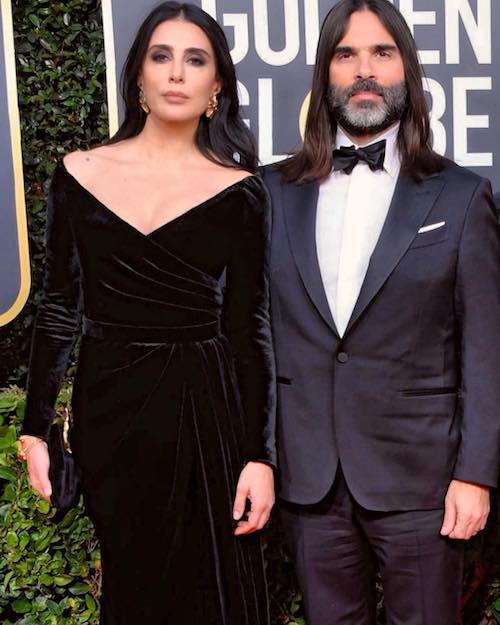 3. She directed Nancy Ajram's music video "Akhasmak ah" in 2003. It was a popular and controversial hit.

4. Her first feature film was Caramel, which she directed and played a leading role in. The movie was an immense success, premiering at Cannes Film Festival in 2007.

5. Her second feature film Where Do We Go Now? won many international awards, including awards from Cannes and Toronto Film Festival.

6. Capernaum, her Golden Globe and Oscar nominee for Best Foreign Film, is only her third feature film.

7. Her film Capernaum received a 15 minute standing ovation after its premiere at Cannes in 2018.

9. She started working in late 2013 on Capernaum, in which she mostly used non-professional actors, including the main character Zain Al Rafeea.

10. She facetimed Zain while he was a school with his teachers and friends when she found out about the Oscar nomination.

11. She is the only female director nominated for Best Foreign Film at the 2019 Oscars.

12. She is the first Arab women to be nominated for an Oscar.