In the Last Decade: Major Milestones and Iconic Achievements by Women

If you ask me to give the last decade a name, I really would have only one thing in mind, and it would be a name associated with women. I would probably call it "The woman's decade." In my opinion, these last 10 years were a huge transitional stage for women globally. Starting women's achievements, whether with business, fighting for women's rights, or even the struggles that many girls and women faced in order for their voices to be heard. These women's accomplishments in the last 10 years became a ray of hope for every girl and woman that change can happen one day, if we unite and demand our rights.

So, as we're about to end 2020 and this decade comes to end, we had to take you on a quick tour with some of the most empowering feminist movements and important progress of women's rights and victories from 2010 until today. So, if you find me speaking with pride and passion with work and every line, please know that these words are still enough to express how proud I am of us women and how strong we are, making history. Ready?

In the Last Ten Years: major milestones in women's rights

Women's achievements in art and film in the last ten years 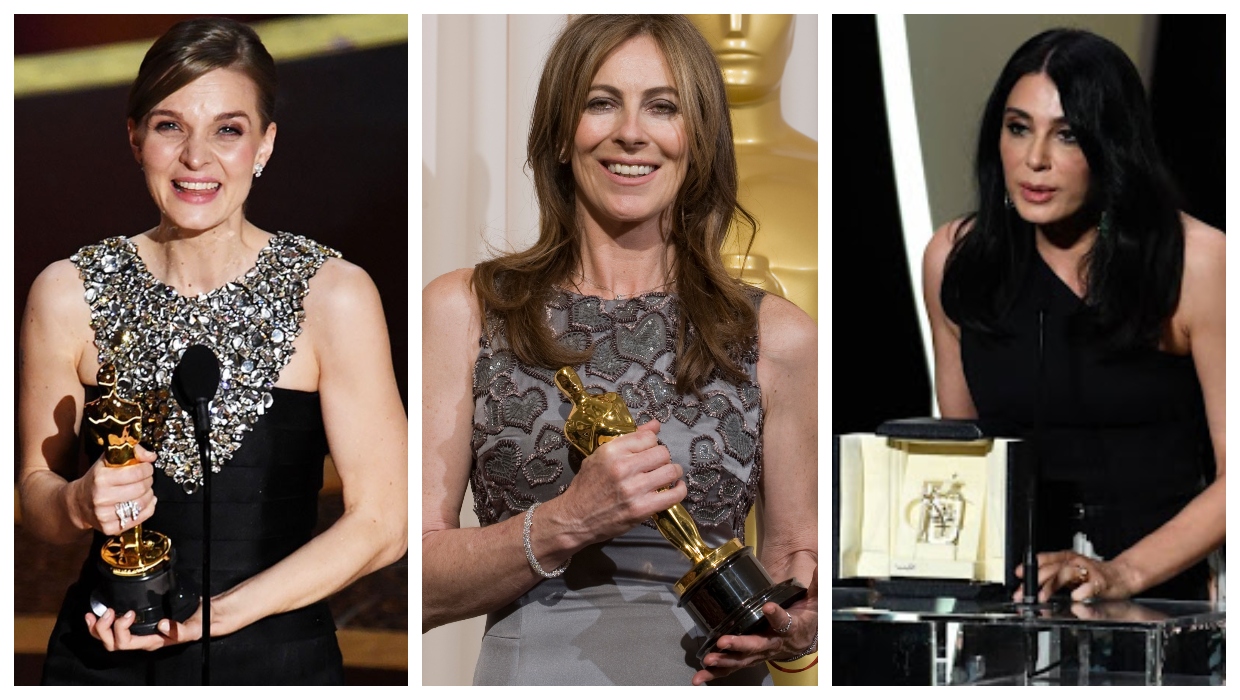 In the past, the film industry has not been fair to women. Although there have been many strong achievements by women, discrimination continued to haunt woman working in the arts or film industry, globally and in the Arab world. In the last ten years, we have finally started to see women being recognized and making history...

With strong words, actress and singer Barbra Streisand presented the Academy Award for Best achievement in directing to a women for the first time in March 2010. 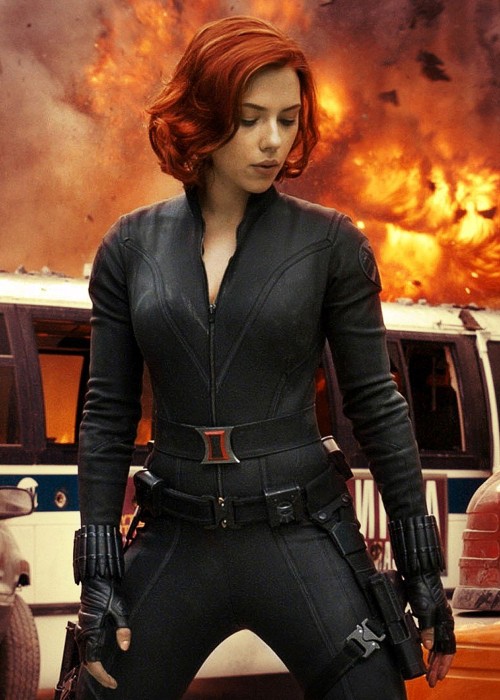 It seems funny looking back now, that for many years, superhero movies had only male leads with women coming only as secondary acts. But after so many years, women finally started getting more leads in superhero movies with films like Captain Marvel, Black Widow and Wonder Women. 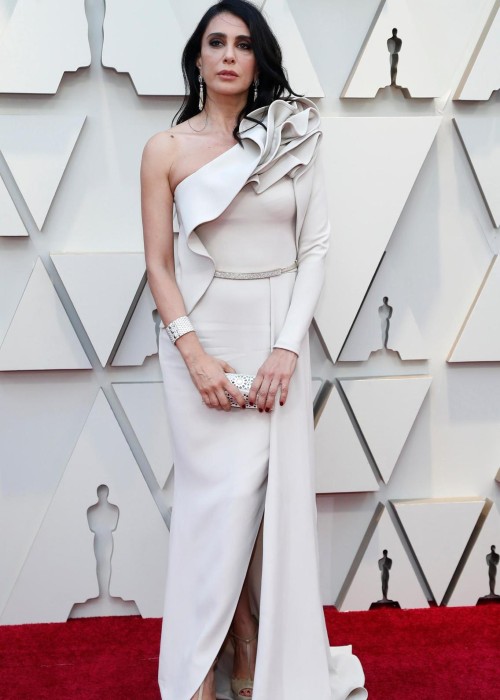 For many years, female Arab filmmakers were unable to reach global competition. Most of the work that went to the Oscars was by male directors. However, in 2018, Nadine Labaki was able to make history, after she became the first Arab director to be nominated for Best Foreign Language Film with Capernaum.

- Nadine Labaki, the first Arab, to be the president of the jury for Un Certain Regard in Cannes

Nadine Labaki continues to make history after the success of her film, Capernaum, that has moved many people. The Cannes Film Festival announced that Labaki will be the president of the jury for Un Certain Regard, making her the first Arab to do so.

Icelandic musician Hildur Guðnadóttir made history with her score for The Joker, after becoming the first woman to win an Academy Award for Best Original Score. She is also the first Icelander to win an Oscar.

Women in leadership positions for the first time

Seeing women take on important leadership positions is another pivotal achievement in the past ten years. And we're sure that we will witness even more equality in the years to come. 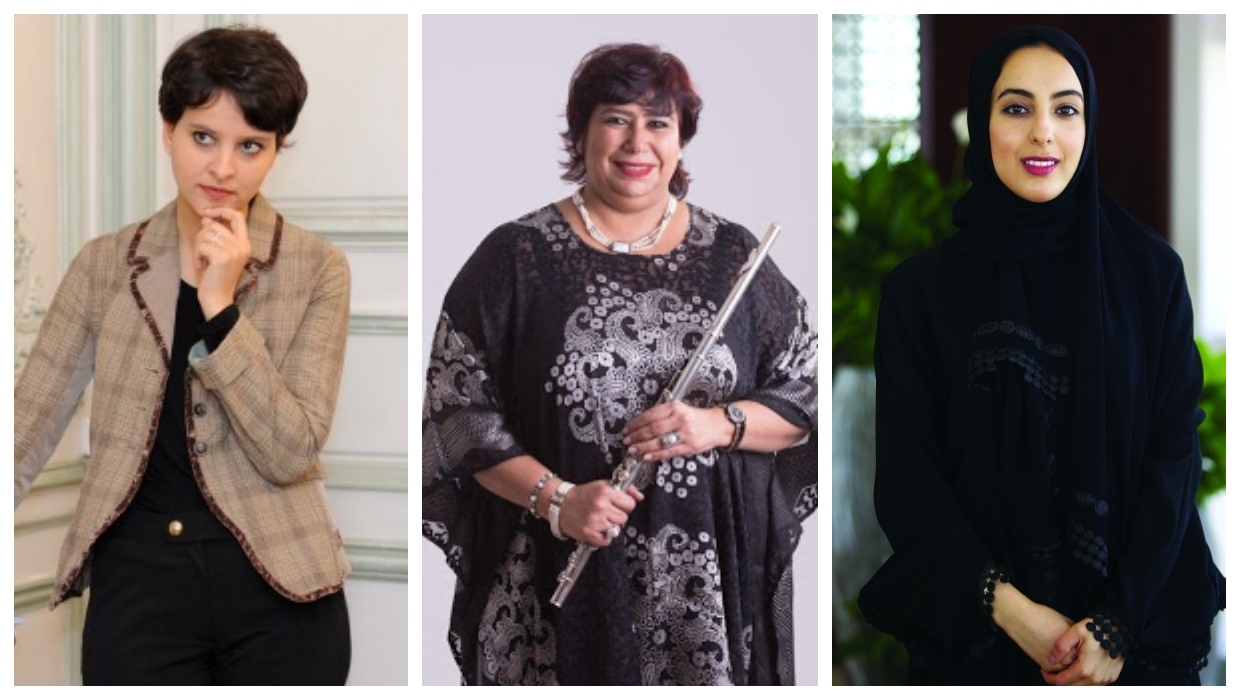 - Shamma Al Mazrui, in 2016, at the age of 22 became the youngest government minister in the world, as the Minister of State for Youth Affairs in the United Arab Emirates.

- In 2013, Ines Abdel-Dayem became the first female Minister of Culture in Egypt.

- Najat Vallaud-Belkacem, in 2014 became the first woman to be a Minister of Education in France. 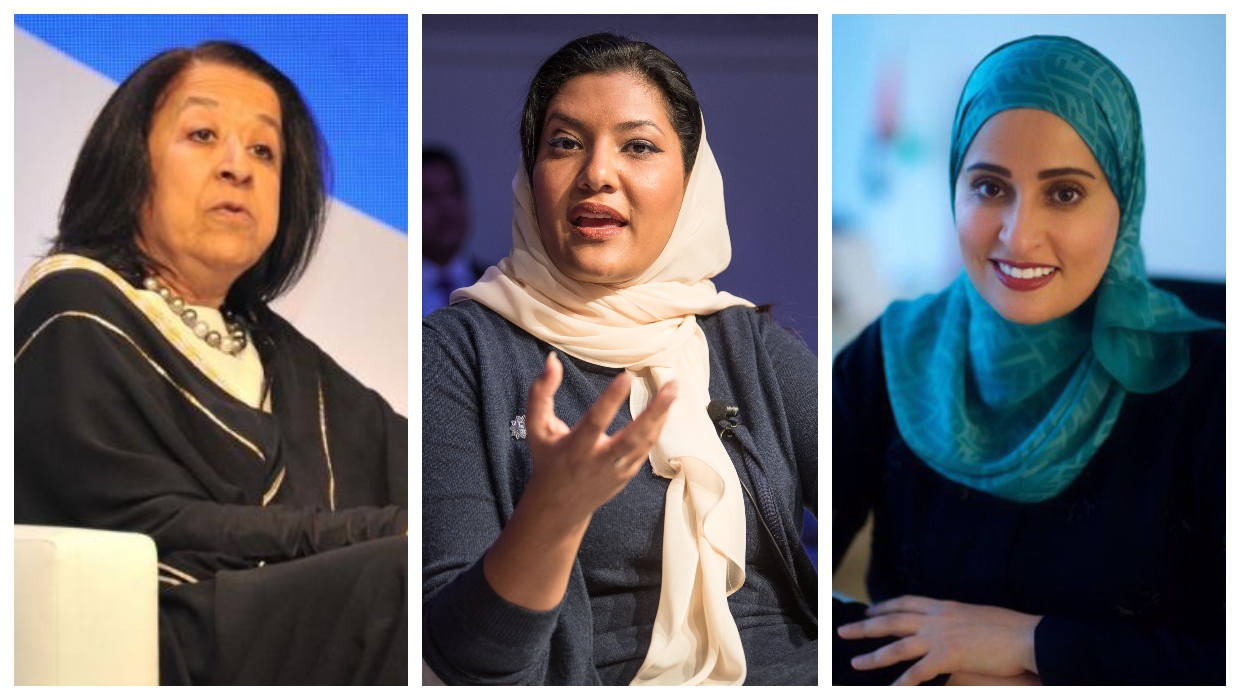 - Lubna Olayan, becomes the first woman to be a bank president in Saudi Arabia.

Domestic Violence: How to Find Safety and the Possible Solutions

Women's achievements in sports in the last decade

Also, during the last ten years, women were recognized for their skill and how they excelled in different fields of sports. 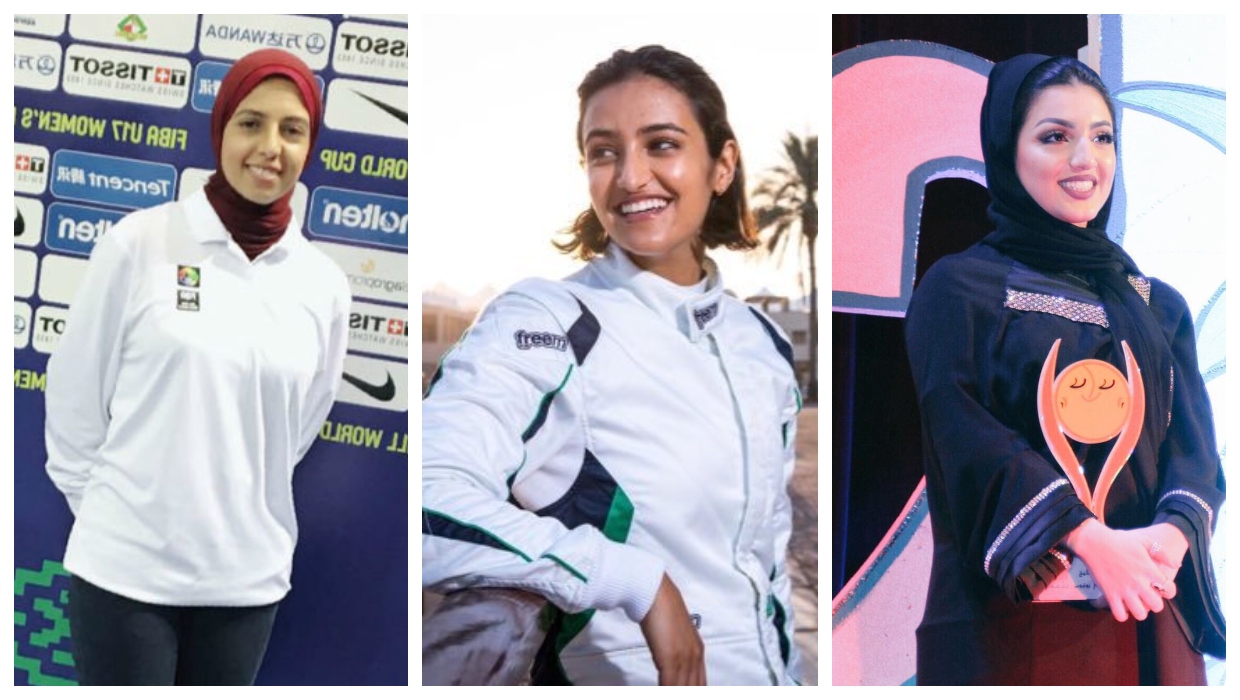 - Heela Al farraj is the first woman to be a sports commentator in Saudi Arabia, in 2019.

- Sarah Gamal is the first Egyptian hijabi to be an international referee in basketball. 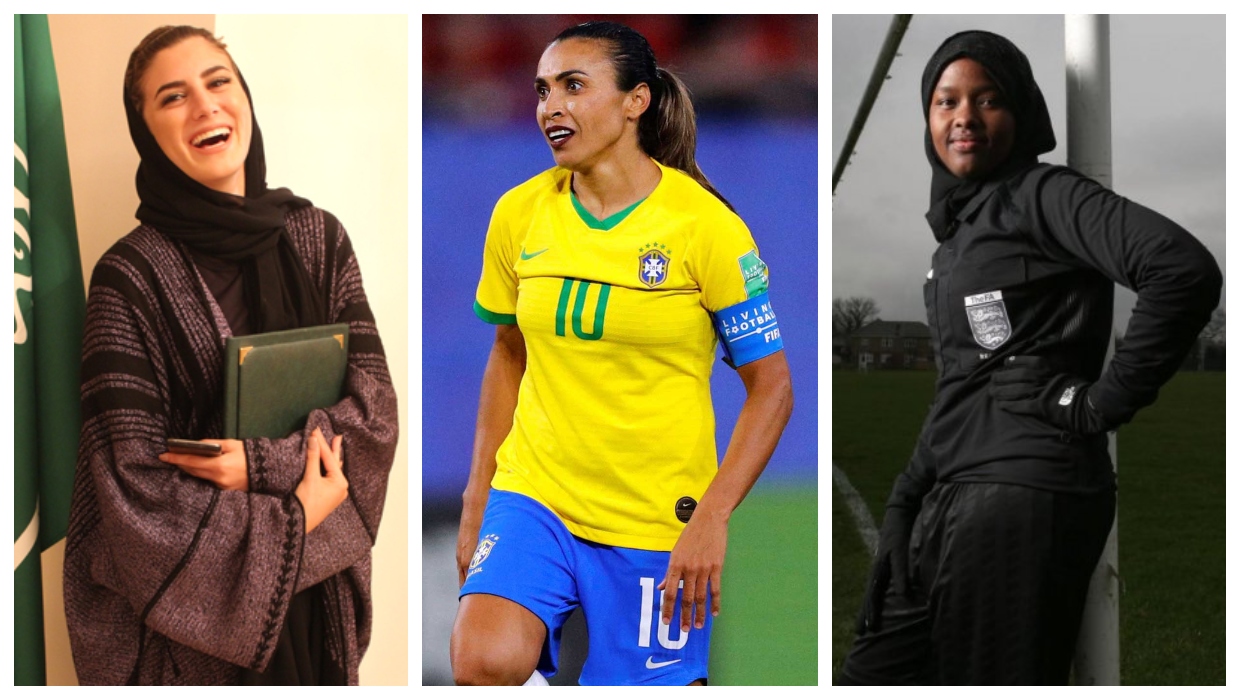 -Jawahir Roble was a Somali refugee and is now the first female Muslim referee in the English Premier League.

- Saja Kamal is the first Saudi football player to have a Guinness World Record.

Possibly among the most important achievements for women in the past decade had to do with the strong fight against sexual harassment, abuse and violence against women. There's still a long journey to go but these past 10 years many brave women changed the course of history with their ability to speak up with their stories and what they've been subjected to from sexual violence.

The Me Too movement in October 2017 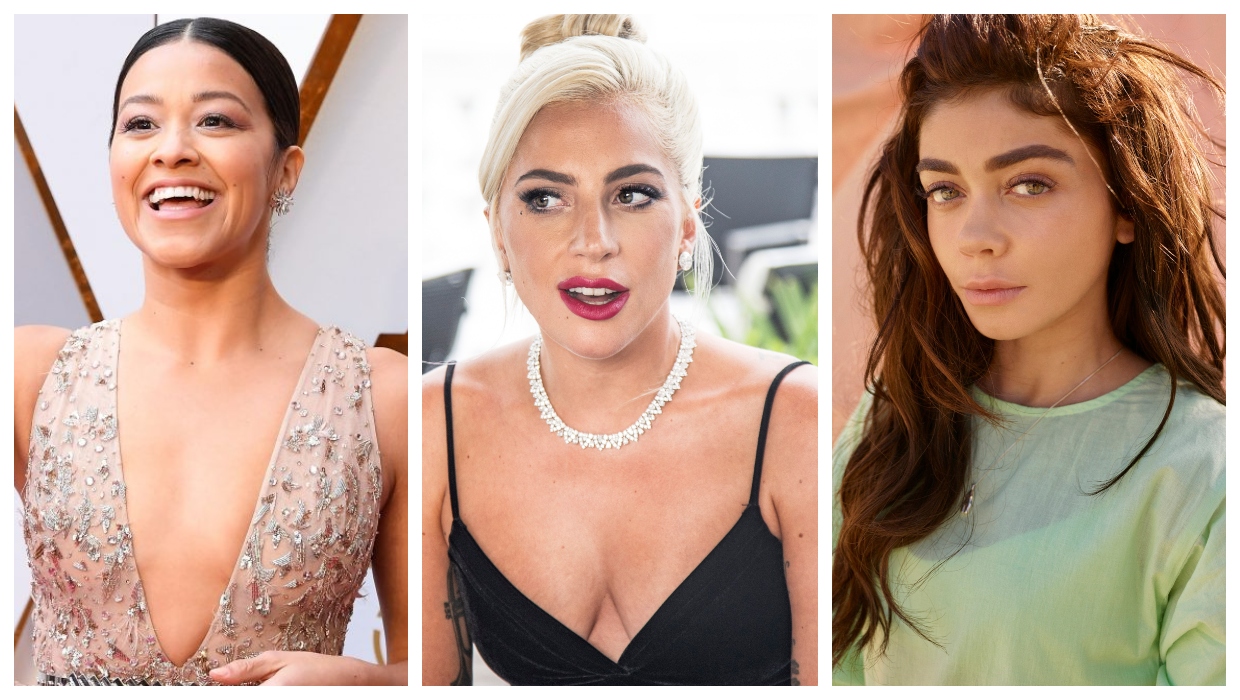 This movement was hugely influential and still has a strong impact today. It was a first step for female film industry workers in countries around the world to expose the crimes of harassment, sexual exploitation and abuse they were and are exposed to. This came against under an umbrella of scandals and sexual crimes committed by producer Harvey Weinstein. Soon this movement extended to all women worldwide, not just those working in the film industry. The Me Too hashtag went viral with women from all over the world sharing their stories and exposing abusers. Among those who spoke up with their personal stories, were Lady Gaga, Gina Rodriguez, Sarah Hyland and many many other brave women.

10 Women Say the Sexiest Thing About Themselves

The Egyptian 'Me Too' movement fightingsexual harassment

In 2020, many girls and famous women shared their stories of what they face from sexual harassment everyday. It sparked empowerment and support on social media with girls speaking up and empowering others to do the same. Sarrah Abdelrahman, Mayan El Sayed, Tara Emad, Huda ElMufti were among many who participated.

Assault Police opens a space for girls to share their stories

Assault police was a groundbreaking milestone for women on social media after the Instagram platform was created by the brave Nadeen Ashraf to expose cases of sexual harassment against many young girls in our society. It soon became a safe space for girls to reveal their harassers and share their stories.

Social victories for women in the last ten years

Also, there are many social victories that we cannot overlook in any way, the most prominent of which are ...

Menstrual Cups Are Much Better Than You Think, Amira Ayman Tells Us Why 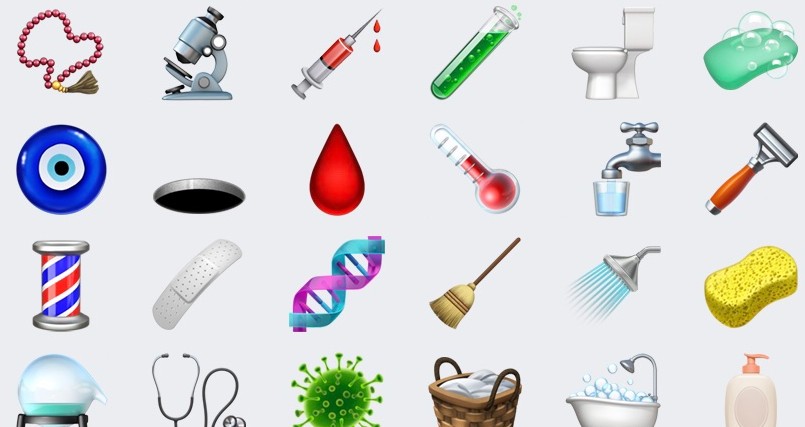 It is almost 2021 and yet still so many people are not open to talking about periods and periods are still considered taboo or shouldn't be talked about openly. In 2019, an emoji drop of blood was added as an attempt by Apple to address the discrimination women face, when talking about menstruation. Emojis have become a universal language, so many women considered this a very positive step from Apple.

Sudanese woman takes the lead with protests in Sudan 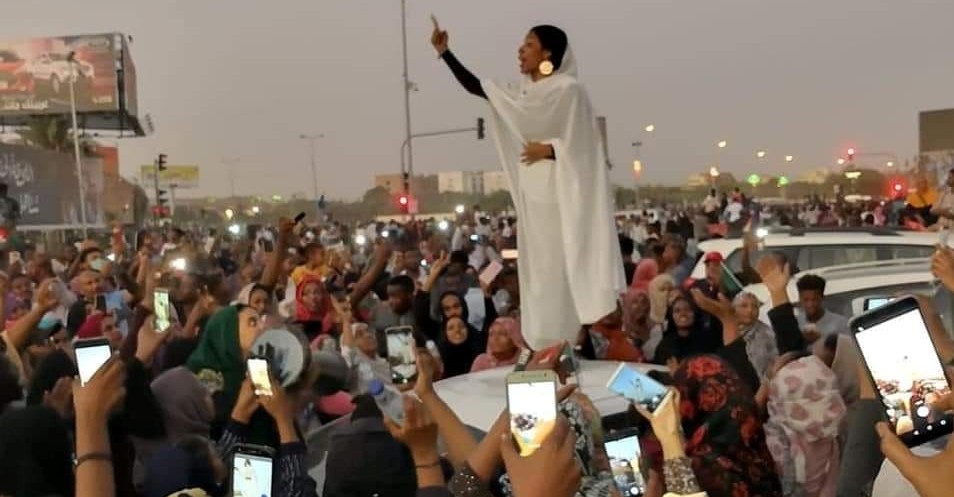 This image of Sudanese Alaa Salah was one of the highlights of 2019 and perhaps even today. She was the first woman to stand and lead the voices of by thousands in protest. She is considered a symbol of the Sudanese revolution, and women find in her the hope that would open the doors to freedom for millions of Sudanese women again. Many women were able to participate in the protests afterwards, and today they are fighting for their rights.

And after it was until recently still shockingly forbidden for Saudi women to get a driver's license or drive a private car, now they have finally can. It is something that many Saudi women celebrated and considered a serious step in achieving their deserved rights.

These were only a few of the countless victories and achievements by women in the last ten years. There is no doubt that there were many more than that, and certainly much more to come. We can only hope and stand in support of ourselves, others and change.

Comments About Sexual Harassment and Assault That Need to Stop NOW! →

How to Deal With Sexual Assault Trauma and Stop Self Blame →