Ma Waraa Al Tabiaa or Paranormal is the first Egyptian series produced by Netflix. This was enough to keep us excited over the past couple of months. We tired ever since its announcement to imagine what the show would be like...Will it include all the stories of Ma Waraa Al Tabiaa by Dr. Ahmed Khaled Tawfik, or will only some of them be selected? What about the cast? Will it take a modern twist on the classic? Our curiosity multiplied when the actors were announced, and so we were counting down the days waiting to check out the new Netflix show. We met with the cast of Netflix's Paranormal or Ma Waraa Al Tabiaa, to talk about their experience, the show and to answer all the questions everyone's curious to find out...

1. First, tell us how did your journey with Paranormal begin?

Amr Salama: My journey began with Ma Waraa Al Tabiaa started many years ago. I think I was about 27. This was the first book I bought, that's not for studying. Then again, in 2006, when we got the rights to the novels so we can make it into a series. You can say that Ma Waraa Al Tabiaa was the first thing that I really wanted to direct, since I started working as a director. And then there was the third part of the journey, 2 years ago, when we actually started working on it with Netflix.

Mohamed Hefzy: My journey began in 2006 with Amr Salama, where we had this dream to transform Ma Waraa Al Tabiaa into a drama to be shown on screen. And we had no idea how to do that. Together, we embarked on another journey 2 years ago when our dream started turning into reality with Netflix.

Ahmed Amin: I have been a fan of the Ma Waraa Al Tabia series since I was 13. Refaat Ismail is also one of my favorite characters. So, we can say that my journey with it began at this age. Today, at the age of 40, I began another journey presenting my favorite character on screen. 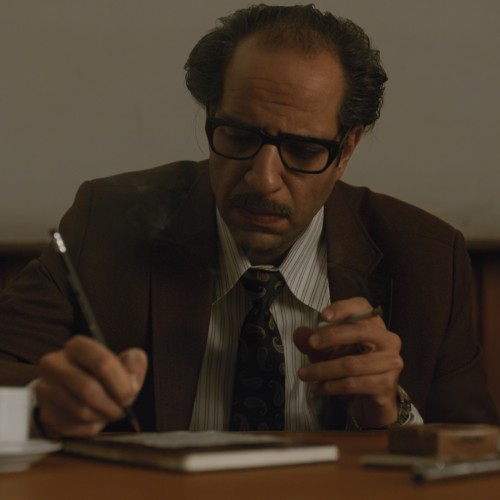 Aya Samaha: My journey with Ma Waraa Al Tabiaa began when director Amr Salama called me and asked me to audition. I couldn't imagine it, for Huwaida's personality is completely different than mine.

Razane Jammal: Well, my journey started when I got offered the role of Maggie. I learned at the time that she was a central figure in a series of novels by an icon in the Arab world. I then started to work on it and study her character.

After Watching Nimra Itnein: Should Cheating Be Given a Second Chance?

2. What was your reaction to being offered to work on the series Ma Waraa Al Tabiaa?

Amr Salama: The show was not offered to me, rather it was a personal pursuit of mine from the beginning. I was the one who approached Dr. Ahmed Khaled Tawfik and got the rights to the novel from him. And I began in a constant journey, convincing channels and production companies to take it on. So when I started working on it with Netflix, I got this feeling that my dream was finally coming true.

Aya Samaha: It was normal at first, after I had auditioned and some time went by without getting a call back from Amr Salama, I assumed I didn't get the part. Then I was asked to audition again which gave me hope, and then we immediately started working...

Ahmed Amin: Of course I was very excited, and I felt a sense of responsibility towards all of the scenes. Today, I am playing my favorite protagonist in an iconic novel, which of course puts a heavy responsibility on me.

Razane Jammal: I felt a lot of pressure. As I said, she is an important character in a iconic novel and there were many things I had to work on. From the Scottish accent, how she speaks, too her hair color, clothes and so on...I had to work in a lot of directions at the same time. So on one hand, I started working and studying on my own, and on the other, with director Amr Salama and the team. 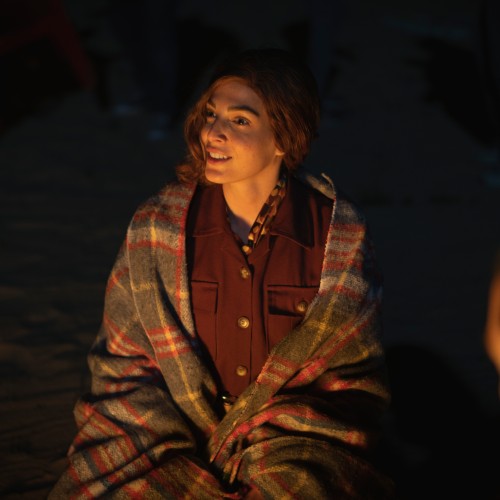 3. The Paranormal series is rich and was not expected to be presented on the screen. How did you handle that and go about selecting the stories?

There were many criteria for selecting which stories would appear on screen, but the biggest one  was my personal love for certain stories. As a reader and a fan of the series, I asked myself the question, "Which stories would you like to see?" I tried to please 'Amr' who loves the novels and, at the same time, 'Amr' the director. Also, there were many other criteria, like how the series will  have a global reach, so we must present original Egyptian stories and at the same time doing it brilliantly, even if it's challenging.

4. We can assume that working on the show's visuals, effects and colors were a big challenge. Talk to us about that...

Indeed, working on the show visually was really hard. We had a specific visual plan that we wanted to implement no matter what, which was very difficult. And the most difficult part was the creation of Egypt in the sixties. Also, filming outside for some scenes was very difficult and most of the tools we used were specially designed for the series, which of course was an added difficulty.

5. The audience is used to seeing you in comedy roles. Did you find that shift challenging and worrying?

Of course, I was worried when Amr Salama offered me the role of Refaat Ismail, because it is far from what I had previously done. But I don't see myself as a comedian all the time, and I'm not convinced with the idea of ​​having labels or seeing an actor as a comedy actor only or an action actor only and so on...actor can play different roles. But I started out in comedy, so people put me in that box. So I think I understand those who criticized my role because they haven't seen me before in anything  besides comedy. However, this does not deny that Refaat Ismail is really different from me, which required from me extensive preparation of the character. We even ran a full test before filming, to make sure that we were on the right track, whether it's with my performance, tone of voice or clothes and so on...

6. How did you prepare for playing Huwaida, and what challenges did you face?

The character is from a completely different time, and so people's characteristics were also different back then. Also, one of the most difficult challenges was Refaat’s relationship to Huwaida, which we can say is a very unique relationship, which required me to go back and study the nature of relationships between men and women in the sixties. Also, Huwaida is different from me in the way she dresses. I love casual clothes, and Huwaida dresses really elegantly, in relevance to the decade. She was also music teacher at a children's school, which is also something that required me to study how to deal with children and gain patience. What I mean is that Huwaida is far from who I am, which required rigorous studying of every detail. 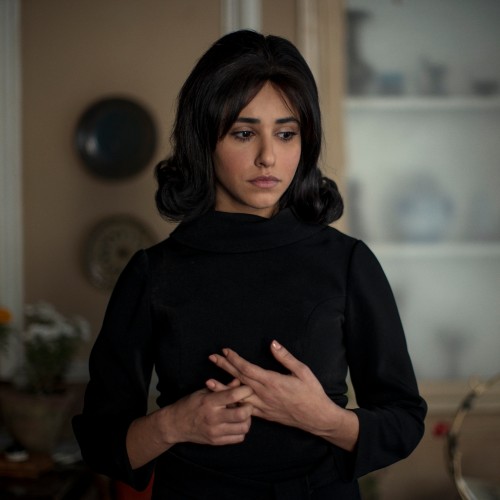 7. Finally, Ma Waraa Al Tabiaa is a horror series, which we all know is not the most popular in the Arab world. How did you deal with that and was this not a concern for you?

Mohamed Hefzy: I personally have a passion for this genre, and I always felt that we build on past experiences, and try to learn from its mistakes and offer something better. As well as, learn from our own experiences as filmmakers. And I can say that had it not been for the elements that allowed us to do this job well, of course I would have been worried and reluctant to do it.

Ahmed Amin: Before Ma Waraa Al Tabiaa series, there was no horror literature. We are building on the success of this series, so we expect the series to be the first step towards a successful horror drama. Just as this series was a turning point for the Arab reader's relationship with horror literature, we hope that the series will also be a turning point for horror drama.

Razane Jammal: For me, I don't think the series is pure horror. But it contains some measure of suspense and thrill. In addition to some funny scenes because of Refaat Ismail's personality, which contains many different aspects, including humor.

After Watching Nimra Itnein: Should Cheating Be Given a Second Chance? →

What Show Should You Binge-Watch Next on Netflix? →