I believe there are 2 types of sick people in the world, when it comes to movies, those who want feel-good movies that are comforting and light, and those who want something completely distracting, intense and out of this world. So, this is exactly what we're going to show you today, 20 movies to watch when you're sick to help comfort you or make you forget about the body aches. You will find some comedies, fantasies, intense thrillers, horrors and even throwback animations. Enjoy, drink lots of fluids and feel better soon!

How Does Our Body Change After 40?

Movies to watch when you're sick: 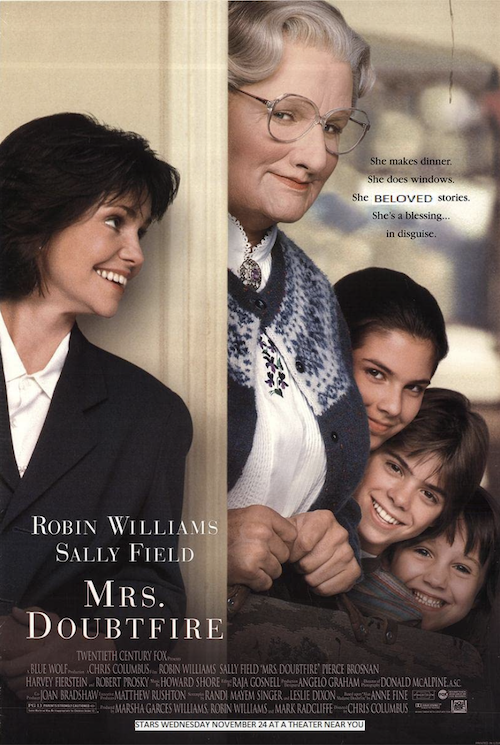 There's nothing quite like a throwback to make you feel good and fuzzy inside. And this one never gets old. A beautiful hilarious Robin Williams classic about family, love and change. Watch what happens when a father dresses up as female housekeeper so he could see his children. 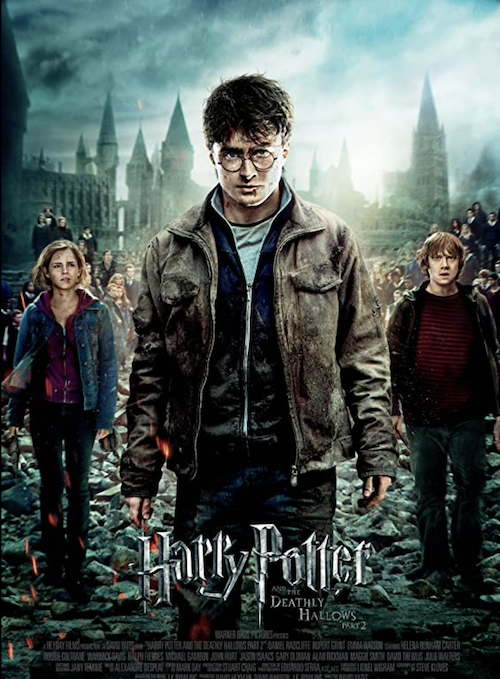 I might be a bit biased because this is one of my favorite things on the planet, but seriously diving into the world of Harry Potter is guaranteed to make you escape and get sucked into the story of these 8 films, forgetting about anything and everything. You'll find it hard to pause to go for a bathroom break. 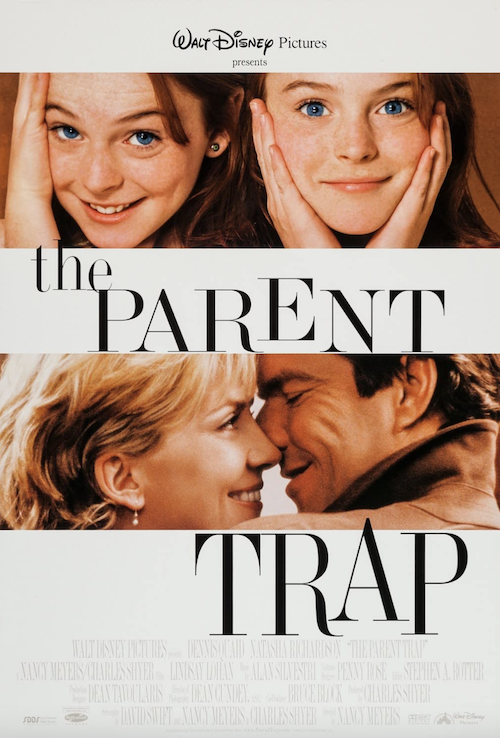 A classic. Loved by anyone and everyone. Funny, really cute and Lindsay Lohan's charm is unforgettable. Watch the story of two twins meeting each other for the first time and planning to bring their parents back together.

25 of the Best Animation Movies That You Have to See!

4. The Sound of Music 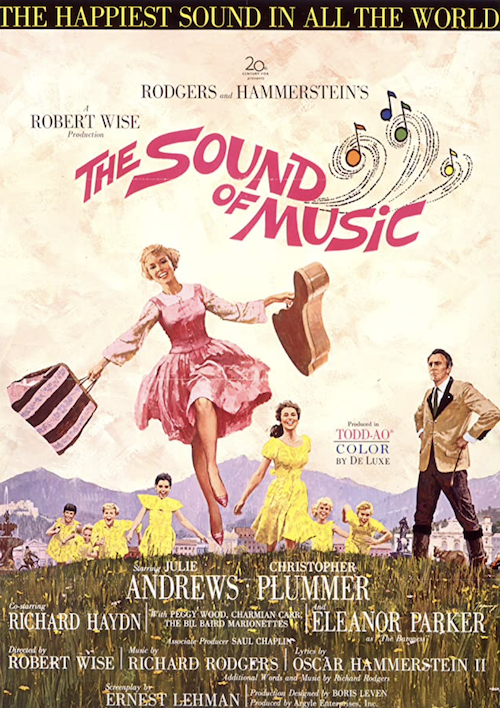 Well the poster says it all...The happiest sound in all the world. Julie Andrews' voice could possibly do more good than a pain killer. Musicals are known for their feel-good effect and this one is one of the most loved ones. 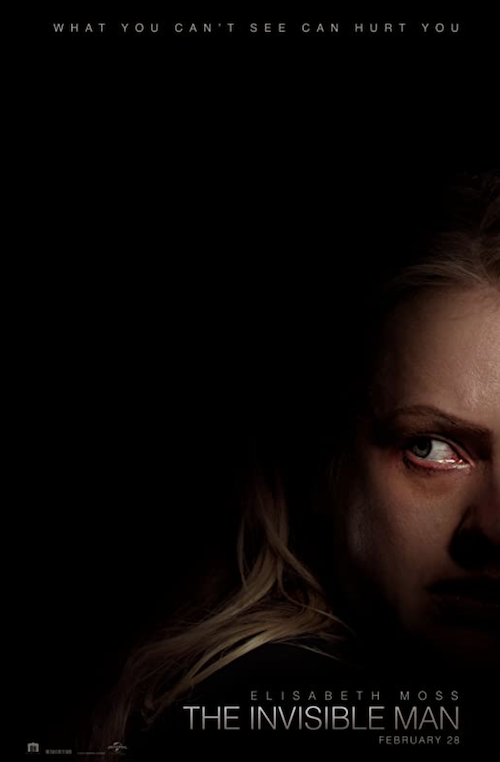 If you like a little bit of horror when you're sick, this one will definitely keep your evening interesting. It is known for its surprising ending. Unsure if her abusive ex actually took his own life or not, a woman gets hunted by someone no one else can see! 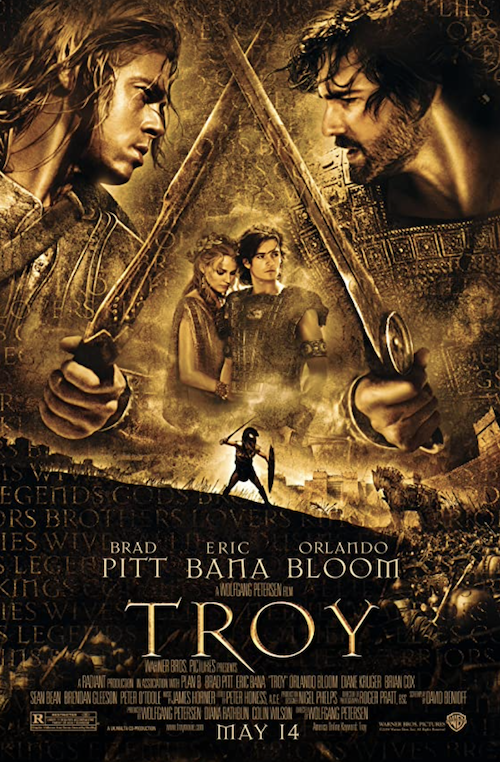 A historical drama is sometimes the right way to go, especially when it has a magnificent cast like this. This one is based on Homer's Iliad with an adaptation of the story of the city of Troy, the love story that led to its conflict with Greek forces and how it ended.

7 Foods That Can Help With Headaches 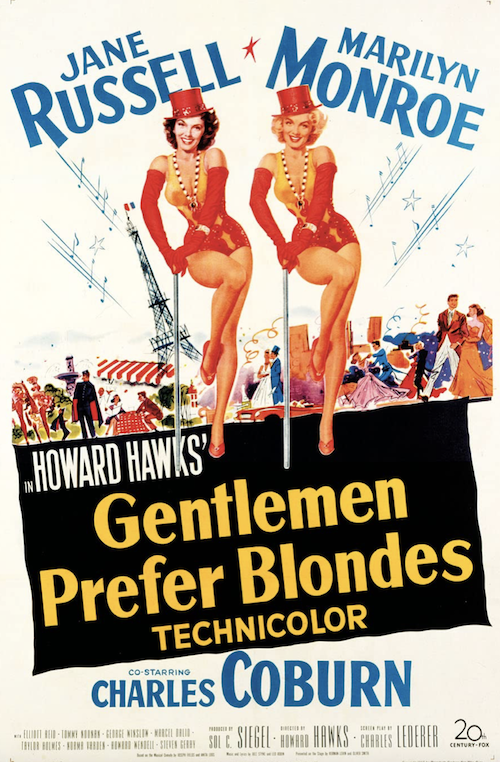 Ever heard the saying, 'Diamonds are a girl's best friends'. Well this is where it started with one of Marilyn Monroe's classics. The story is about 2 showgirls who travel to Paris and are pursued by many admirers. It is the epitome of 'aesthetically pleasing' films and is has some stunning fashion  moments to make you feel inspired and anything but sick. 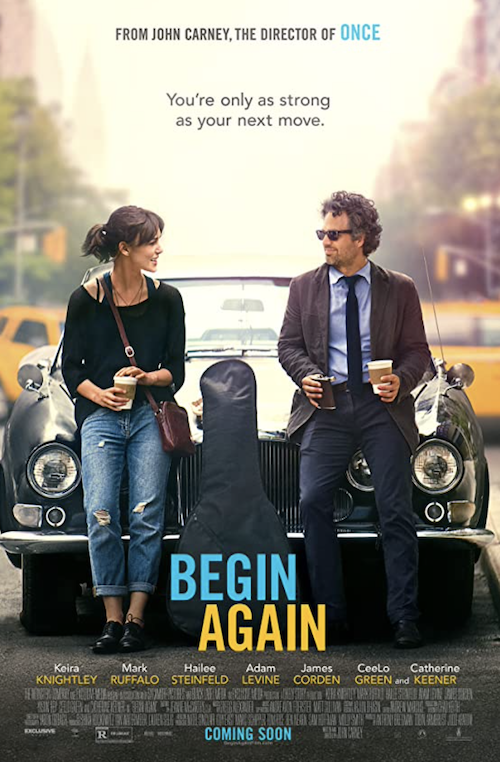 Another one for music lovers. This is such a lovely film with a beautiful memorable soundtrack and a great cast. It's about a younger singer who finds friendship and encouragement, from a struggling music executive, after a recent breakup with a successful rock star. 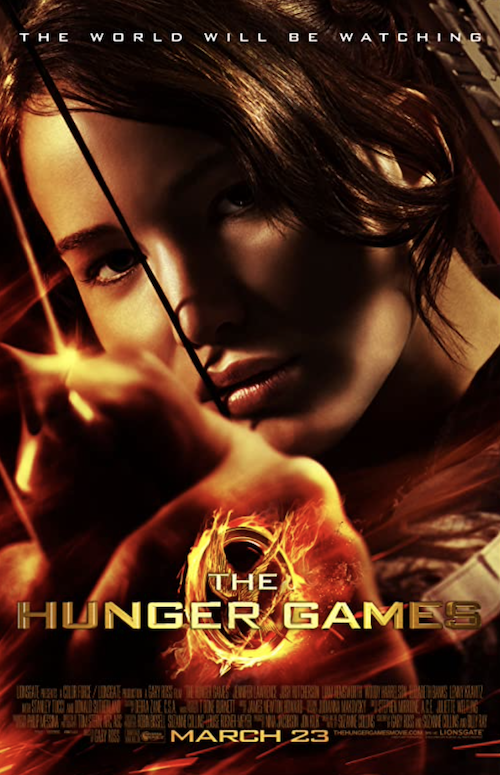 A dystopian, intense, captivating and thrilling series of 4 films that you won't be able to stop binging. It will leave you so invested in the story and you won't be able to take your eyes off the screen. I don't want to tell you too much about the story, but let's just say children are asked to fight each other off, till the death for rich people's entertainment. At least, that's how it starts... 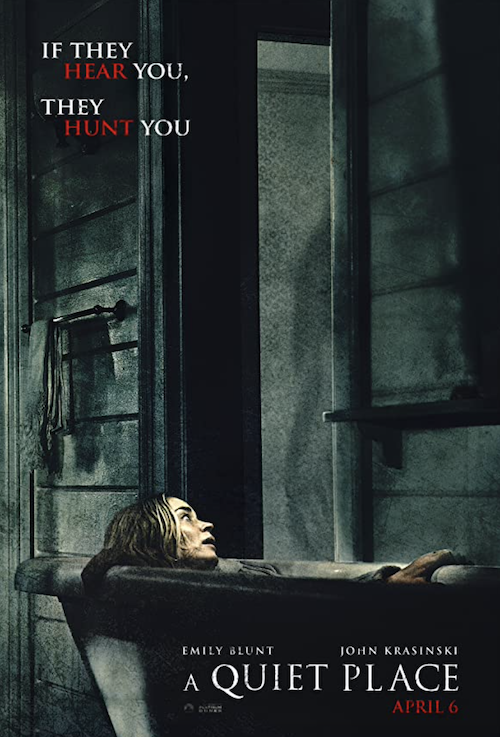 There's also a sequel to this John Krasinski horror debut. This will probably be unlike anything you've ever seen. It got raging reviews and the story is haunting and intense. It's basically set in post-apocalyptic time where people have to live in complete silence so that monsters who hear absolutely everything won't hunt them. 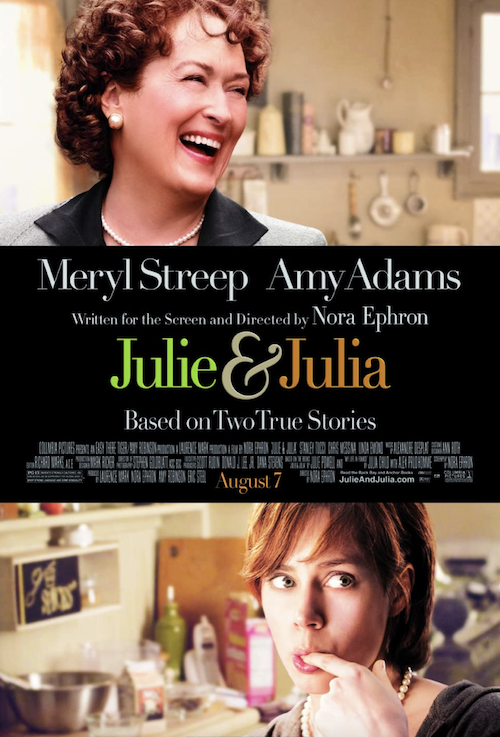 A personal favorite that I think is impossible to disappoint anyone or not just put them in the greatest mood. It portrays 2 stories; Julia Child and how she became a cooking icon and her biggest fan Julie Powell, and her journey with cooking her way through her book and blogging about it. 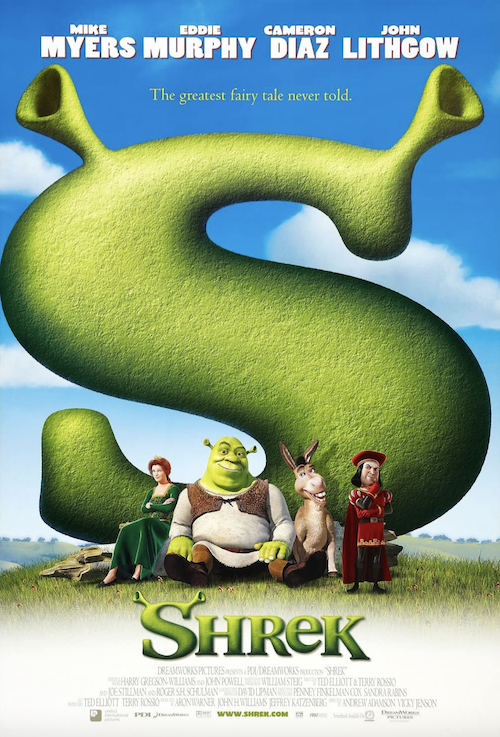 The Shrek movies are so good that you almost feel like you've forgotten that you're watching an animation. The humor is incredible and there's around 4 Shrek films. I haven't seen all of them, but I have to say that the second one is incredible. You'll laugh, "awww", enjoy good music and you might even shed a small tear. 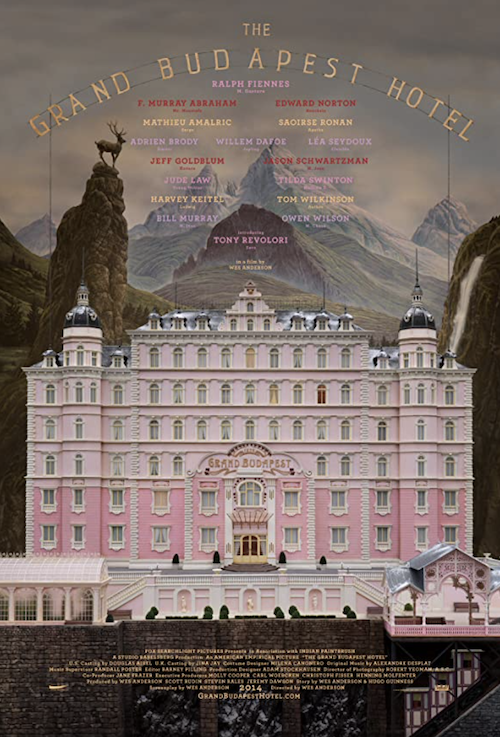 Anyone who's heard of Wes Anderson knows that his films are a joy and blessing to the eyes. Beautiful colors, perfectly thought out shots and quirky, lovable characters. This one is a stunning work of art, and one of his most popular films.

14. Cheaper by the Dozen 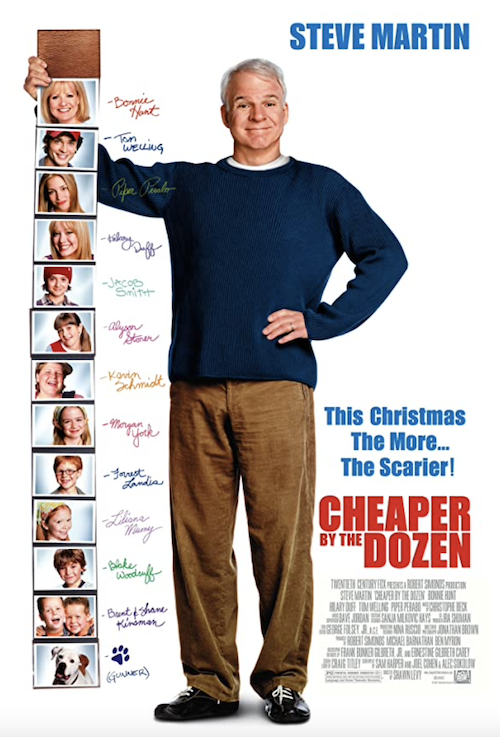 I'm saddened for you if you haven't seen this before, but also kind of jealous that you get to experience it for the first time. One of the best family movies out there and one I'll always keep going back to for a good laugh and uplift in my mood. I'll leave you with this...Steve Martin and Bonnie Hunt play a married couple with 12 kids. Yes, 12. There's also a sequel and it's just as good.

A GREAT cast, and charming exciting film. It's about the talents of illusionists and how they can pull off huge heists with extremely smart tricks. Action and crime movie lovers will love this change in pace and it will keep you entertained the entire 2 hours. There's also a sequel that's really good as well, and a 3rd one in the works.

16. The Chronicles of Narnia 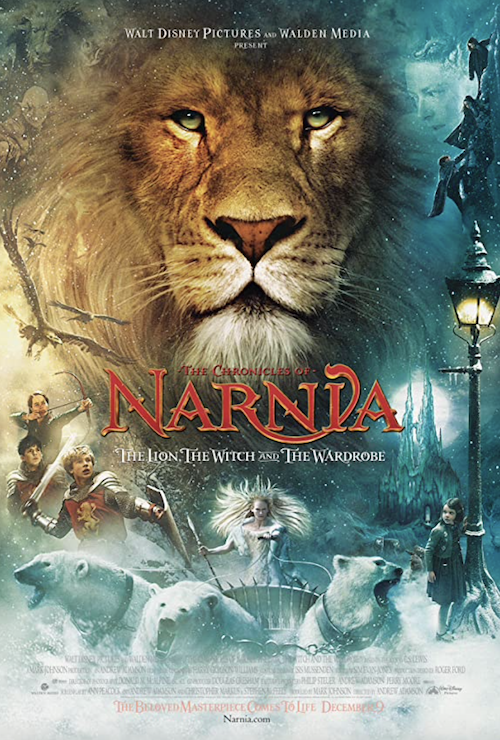 If you're still looking for a series to keep you distracted and entertained for a long time, head on to our childhood favorites, The Chronicles of Narnia. The world of Narnia is beautiful and exciting enough to make most people fall in love. The first one starts with 4 siblings who magically enter the world of Narnia through a wardrobe... 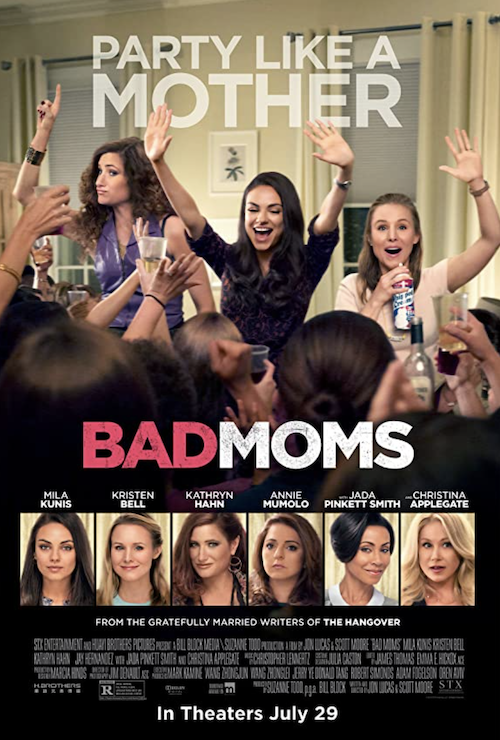 So funny. Like, really funny. I love this cast and their chemistry together. It's basically about 3 moms who decide enough is enough when it comes to the pressures of motherhood, and they start to make their own rules.

12 Kissing Techniques and Tips That Guys Love and You Need to Try Out! 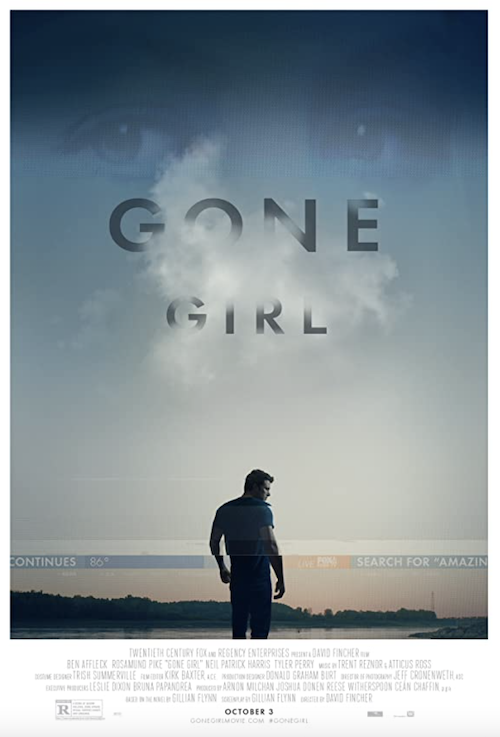 If you love mystery, you will LOVE this. A thrilling story that will leave you confused and at the edge of your seat until the very end. It's about the mysterious disappearance of a man's wife out of the blue, and how it got into the spotlight and...I don't want to say more. Go watch it. 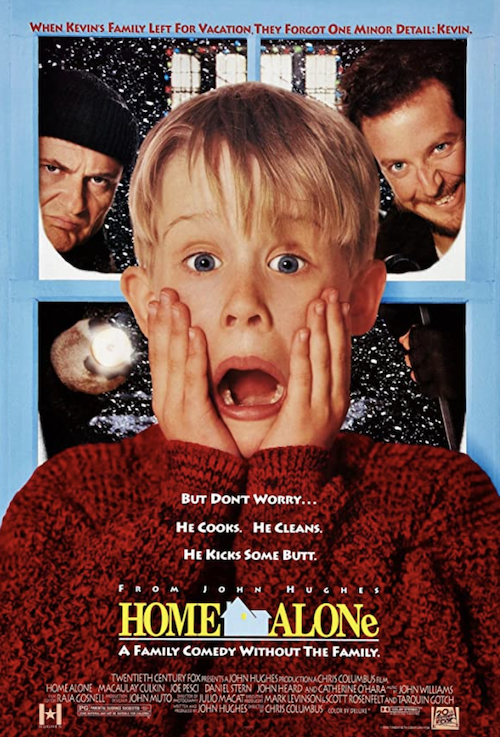 Is there anyone out there who doesn't love Home Alone? We all put it on when we're feeling like hell. Hilarious, nostalgic and a score that gives us goosebumps every time. 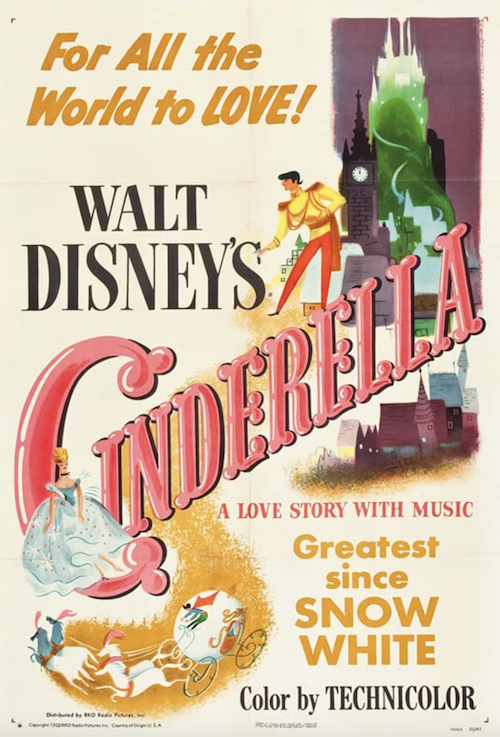 I think of all animations, I still find Cinderella to be one of the most calming ones. Maybe because of the 1950s feel and music or just the nostalgia, I'm not sure. Either way, I love it and we all know how this one goes...

What Does Your Bed Say About You? →

How to Attract a Pisces Man →

11 Ways to Boost Your Mood and Lift Your Energy →