Fustany's Wrap-Up: The Most Iconic Red Carpet Moments of the 2010s

We're nearing the end of a decade and what better way to pay homage to fashion and the red carpet than to talk about the most iconic red carpet moments of the last decade, from celebrity photo bombs to the red carpet looks that broke the Internet.... 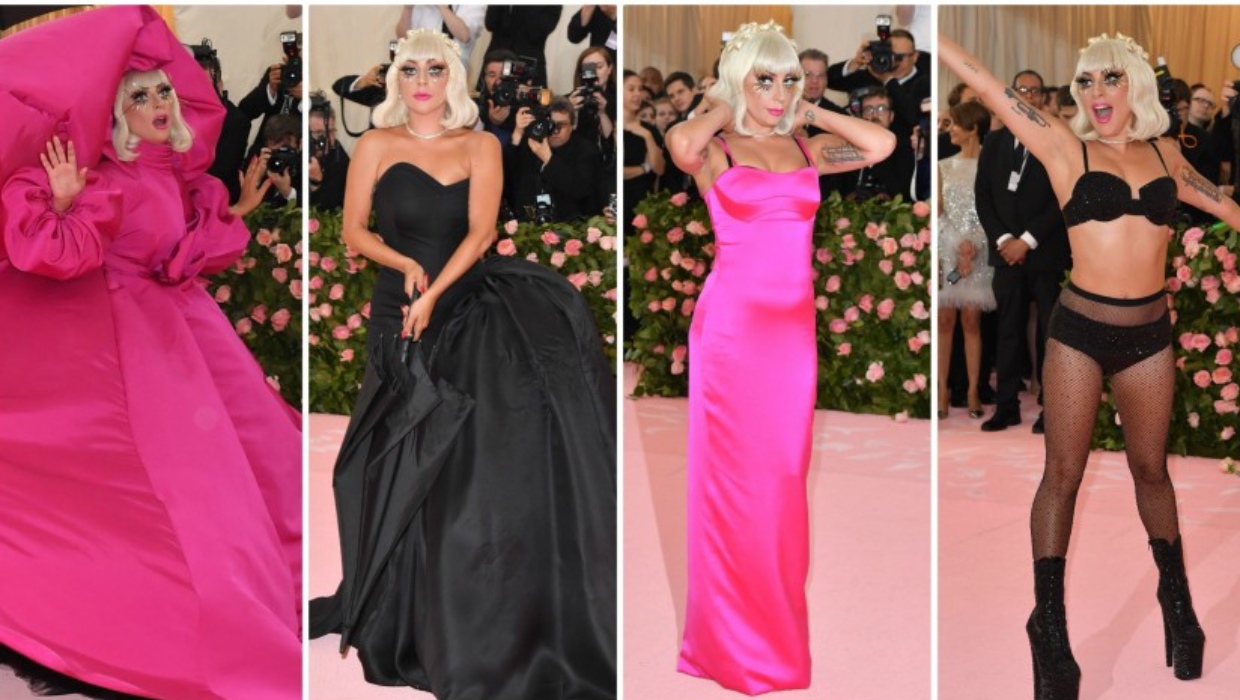 Lady Gaga is known for her stunning and theatrical red carpet appearances. Although some find it strange and controversial we stand by them being memorable and iconic. The most recent and powerful one was at the 2019 Met Gala. She showed up on the carpet and started to gradually reveal more and more layers to her look.

"What am I actually looking at right now?" red carpet moments... 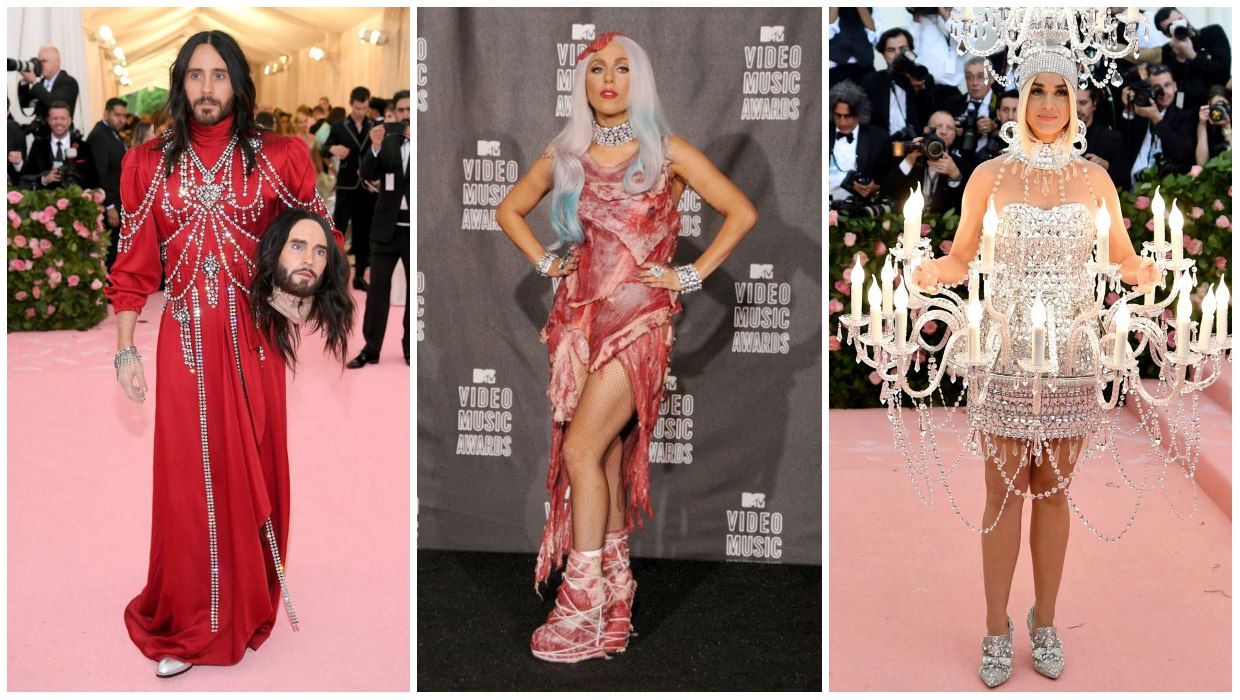 One of our favorite things to ever happen on the red carpet is seeing celebrities wearing things that are so outrageous and so out of the box that it pleasantly makes us remember them in the best way possible. Who can forget Lady Gaga's meat dress at the 2010 VMA's? Jared Leto took Gucci to the next level at the 2019 Met Gala, holding his own head, inspired by Gucci's Autumn 2018 runway. Katy Perry also loves her theatrical looks and she was a walking chandelier at the 2019 Met Gala. Jaden Smith also caught everyone by surprise when he held his own cut off hair as he walked the 2017 Met Gala red carpet.

Celebrities taking off their heels on the red carpet 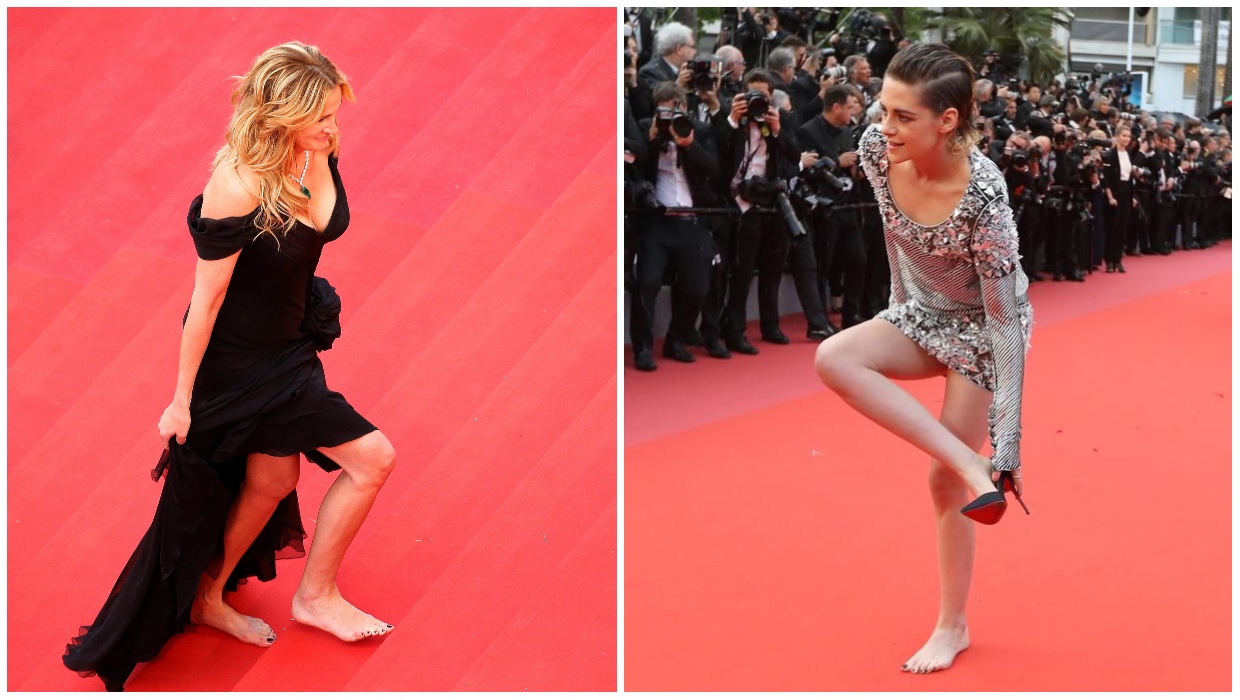 It's okay to fall on the red carpet 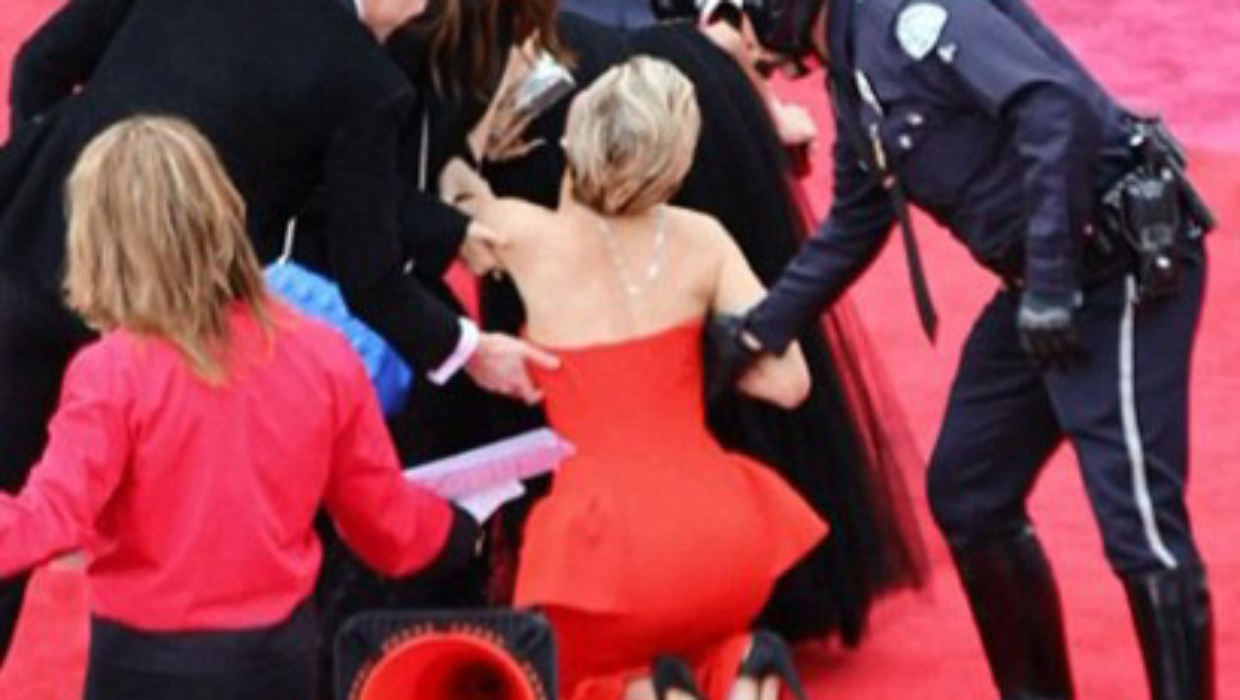 One of the reasons so many of us love Jennifer Lawrence is her relatability and embracing of her clumsiness. She tripped as she was going up to accept her Oscar win and the next year at the 2014 Oscars, she fell on the red carpet. We feel you Jennifer, heels are hard and exhausting.

Showing love to your pregnant partner 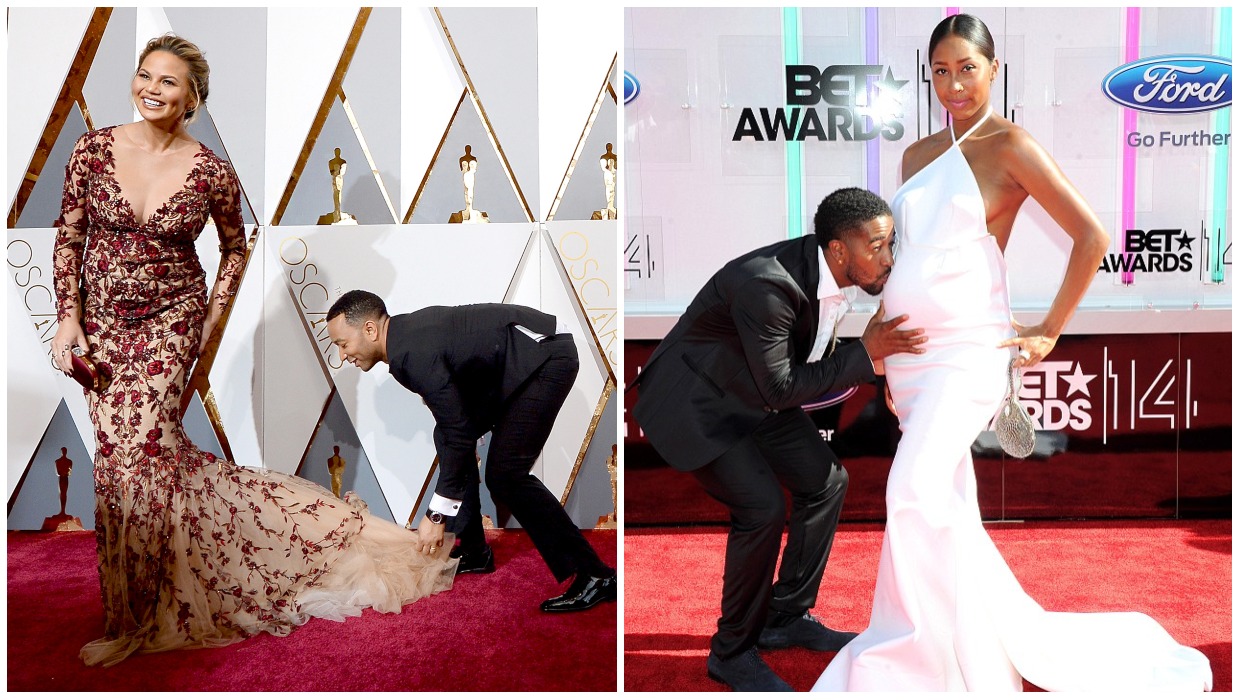 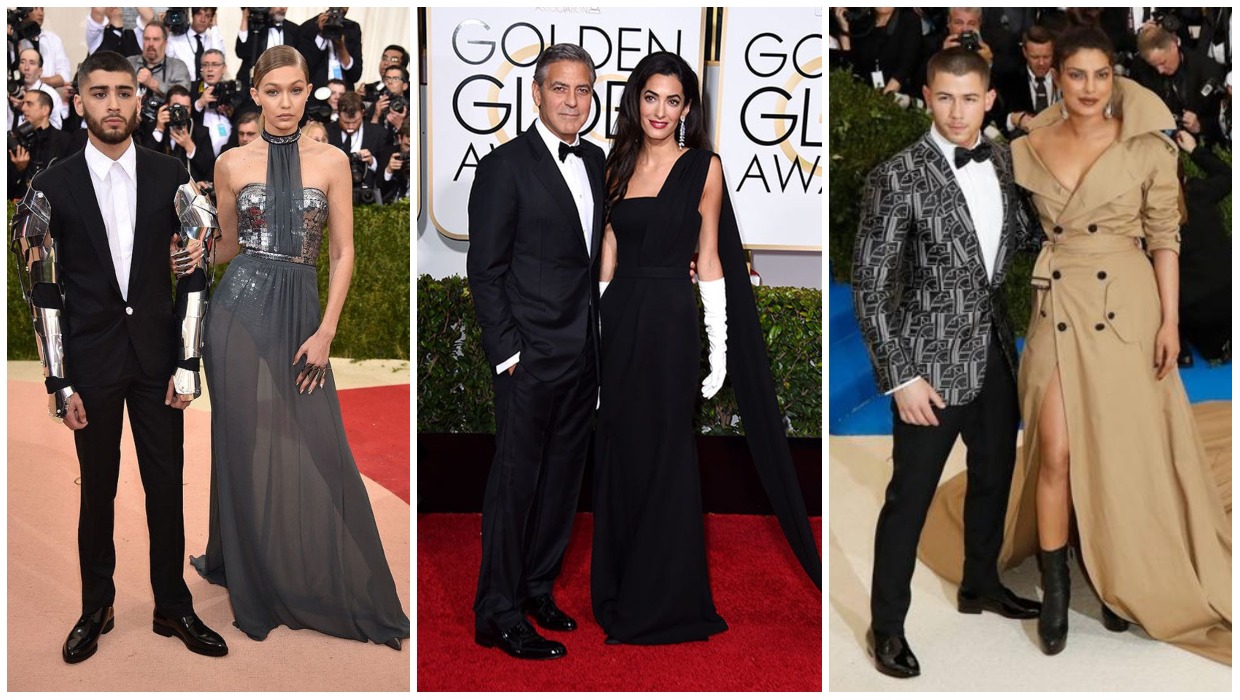 Everyone got heart eyes when they saw George Clooney and Amal Clooney on the red carpet for the first time at the 2015 Golden Globes. Amal wore a beautiful elegant dress that looked so chic and regal. We also saw Priyanka Chopra and Nick Jonas together for the first time on the red carpet of the Met Gala in 2018. Also, Gigi Hadid and Zayn Malik's looks at the 2016 Met Gala caught everyone's attention. They looked really cool and it was an intelligent interpretation of that year's theme. 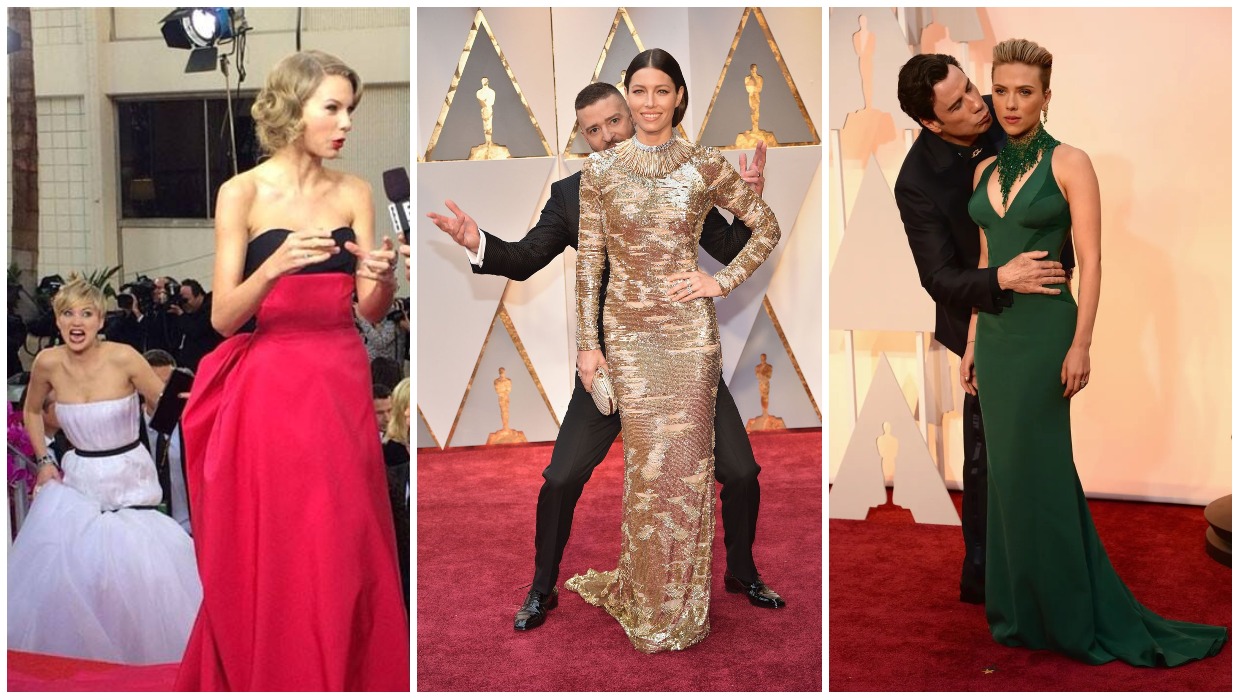 We all have that friend that likes to stick their head out in any picture or selfie we're trying to take. It happens to be that celebrities love doing this on the red carpet as well. Jennifer Lawrence mastered a photobomb during Taylor Swift's red carpet interview. Jared Leto photobombed Anna Hathaway at the Oscars in 2017. Justin Timberlake had a lot of fun at the 2017 Oscars as well photobombing a couple of people, including his wife Jessica Biel. John Travolta also gave Scarlett Johnson a sudden kiss on the cheek as she posed for the cameras. 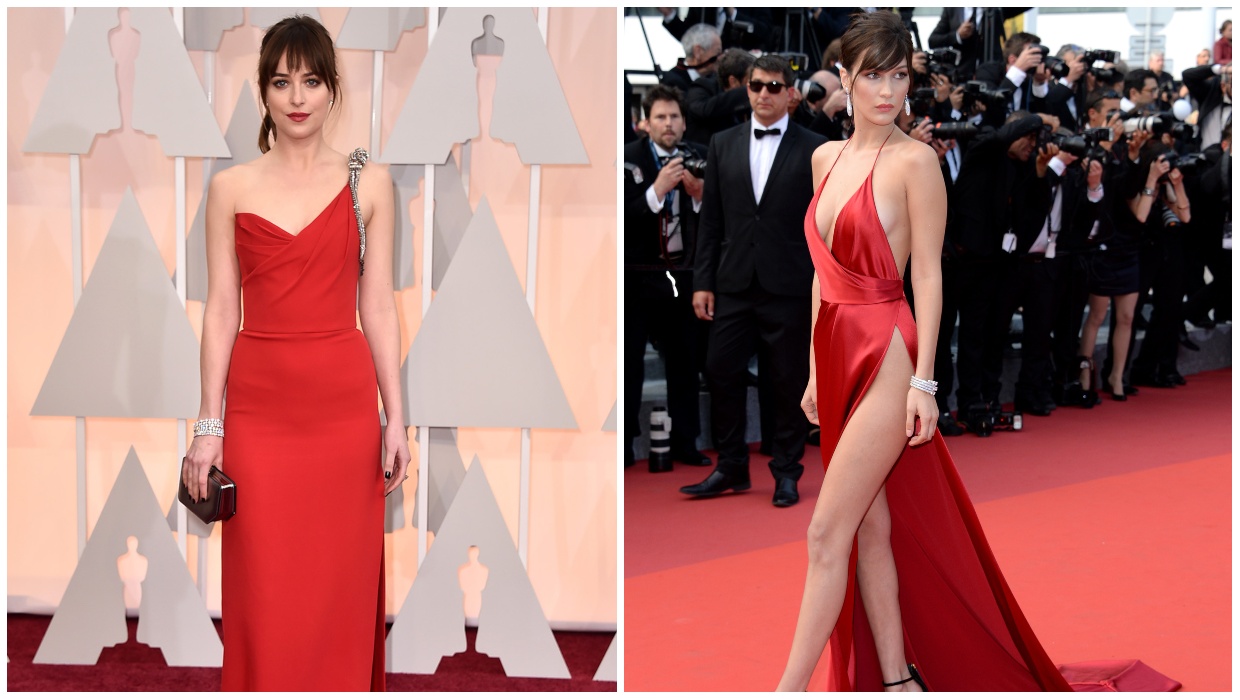 Red is sexy, feminine and an iconic dress shade when it comes to the red carpet. It was very hard but we picked these 2 red carpet dresses. Bella Hadid was the definition of elegant sexiness at Cannes in a sexy high slit dress that everyone fell in love with. Dakota Johnson wore a beautiful simple one-shoulder dress with silver detailing on the shoulder that was loved and admired by lot of people at the 2015 Oscars. 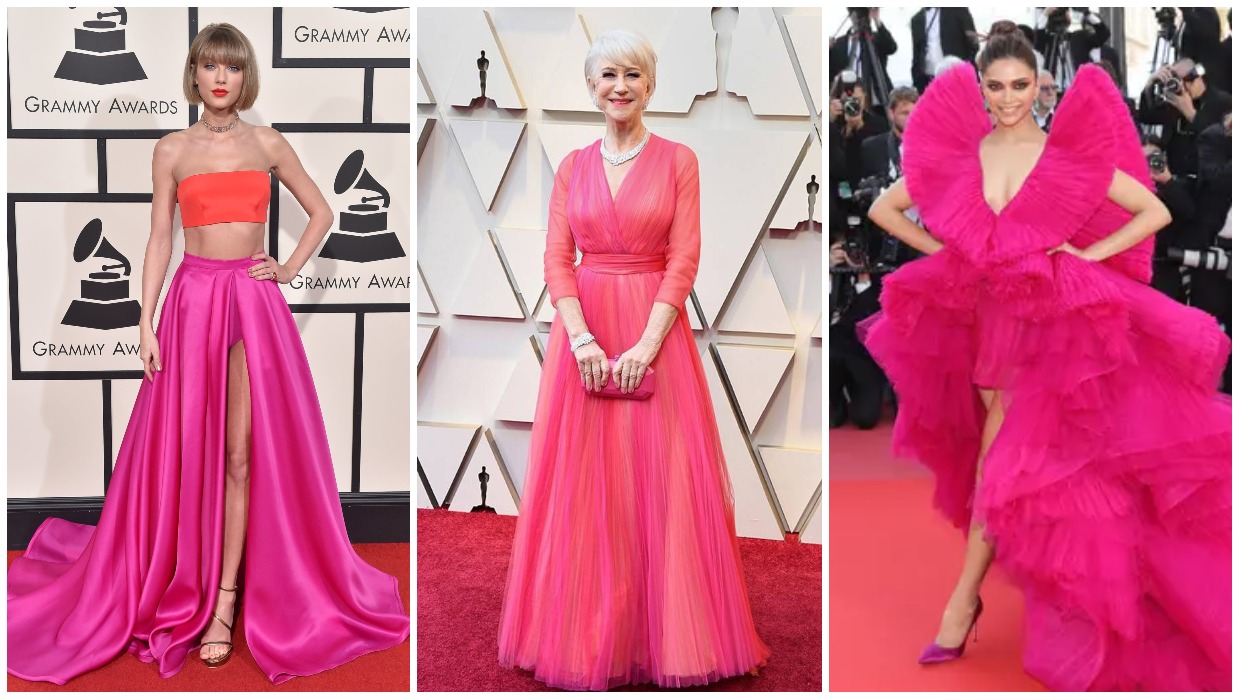 There were many iconic pink and fuchsia dresses on the red carpet, especially in the last 2 years. We can't forget Taylor Swift's 2 piece fuchsia and orange dress at the 2016 Grammys. Also Helen Mirren this year looked gorgeous in a tulle pink dress at the 2019 Oscars. And of course Deepika Padukone loves her big dresses at Cannes and this one was jaw dropping.

Jennifer Lopez and Beyonce's most iconic dresses on the red carpet 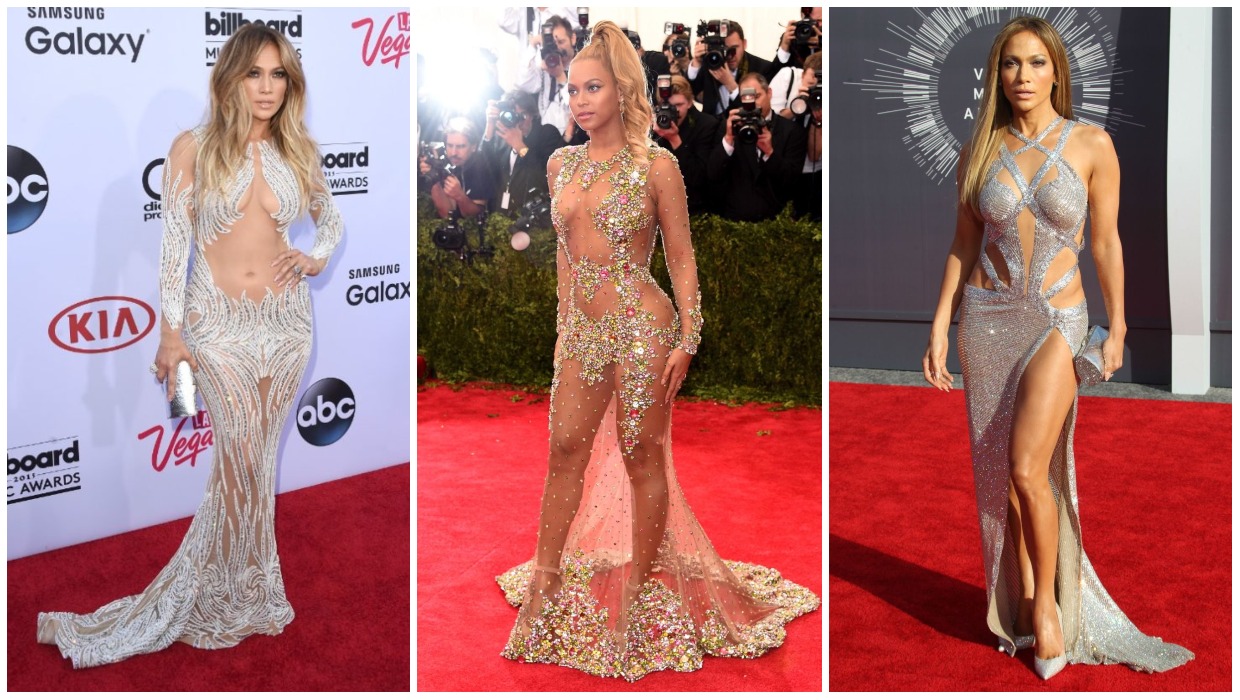 Now, let's end the year with 2 red carpet queens. Jennifer Lopez wore 2 incredibly sexy dresses by Lebanese designer Charbel Zoe at the VMAs and Billboards in 2015 and 2016 respectively. Beyoncé also broke the internet with a see-through beautiful Givenchy dress at the 2015 Met Gala.

Scroll down for more of the most iconic red carpet moments of this decade...